Why is it that the moment somebody dares to call South Asia, particularly Kashmir, the most dangerous place on earth our collective immune system kicks out so hard that all of South Block breaks out into a rash? Now poor Clinton dared to say so on the eve of his visit to India, only to be rebuffed, if not rebuked, first by Prime Minister Vajpayee and then by President Narayanan. And yet, what is it that we’ve been saying to him, and to the world in general?

The Prime Minister himself said in Clinton’s presence that there were no prospects of a war breaking out in the subcontinent but there was a threat of instability from Pakistan’s sponsorship of cross-border terrorism. In the same vein, he went on to warn the Pakistanis against pushing their luck too far by testing India’s patience like this. What does it mean in simpler English?

Does it merely mean that if Pakistan carries on lighting up the Valley and the Line of Control (LoC) with terror India will withdraw their Most Favoured Nation status on trade? Or that India will stop playing cricket with them in Sharjah or Australia? Or that Vajpayee will suspend theDelhi-Lahore bus service? What this means, instead, is that if the Pakistanis do not desist, and if the Americans are not able to drum some sense into their heads, India reserves the right to strike back in punishment. Which means war.

So who are we kidding when we continue to protest that this is not the most dangerous place on the earth? What is more scary than this? The kidnappers’ alley on the Delhi-UP border, or the ghettoes of inner Los Angeles? The badlands of Bihar? Certainly, the larger, international claimants for that distinction are now on the mend. The Middle East, in spite of the hiccups in the peace process, is moving in the direction of a resolution. Central Asia is settling down. Iran is moving, if anything, towards some openness and democracy. North Korea is making its peace in return for shiploads of rice.The China-Taiwan equation, yes, could be a contender. But recent history has shown the Chinese to be far too pragmatic to let good old Hanpan-nationalism drag them into collective suicide. That leaves us, Indians and Pakistanis, in a league pretty much our own.

But more than the Pakistanis, we Indians confuse the world a great deal by continuing to argue that we do not live in such a dangerous environment even in a year when we increase our defence budget by 28 per cent and within months of having fought a mini-war in Kargil. Besides Kargil, nearly 200 Indian soldiers have died fighting the insurgency or facing the Pakistani fire across the LoC. And we acknowledge that we may not be able to sit back and take this nonsense for ever and, yet, instead of letting the world start worrying about it, we work so hard at putting its fears at rest.

There is obviously no doubt that most of us, outside the policymaking establishment, don’t quite have the grey matter to comprehend such diplomatic nuances. If you ask the policymakers they will tell you any acceptance of the most-dangerous-place-on-earth theory would open the floodgates for foreign intervention in Kashmir. That it is will once again give the US the status of a (not particularly) honest broker and give the West another excuse to equate India and Pakistan as mere belligerents rather than treat one as a big regional power and the other as a minor,irresponsible irritant. The key nuance, they will have us half-wits believe,is that while the world needs to intervene, it must intervene only with thePakistanis to get them off our backs.

But since those who make policy for the big powers are not half-wits they only mock at this silly contradiction in our approach. We draw the world’s attention to Pakistani mischief, the dangers inherent in its terrorist adventurism, its nuclear irresponsibility and its larger, more diabolical plan to destabilise India, we want the world to worry about the crescent of militant Islam growing out of Afghanistan and the Talibanised regions ofPakistan, the evolution of madrassas into a sort of a multicampus University of Jihad. Then, when world powers acknowledge that, our President and Prime Minister kick them in the shins, and the rest of us, including the policy pundits, cry blue murder.

This column has talked, in the past, about the inherent defeatism of the concept of diplomacy as trench warfare. But, in terms of the fear of moving from fixed, intellectually secure positions, this one takes the cake. We have in our neighbourhood a nuclear armed Pakistan with a very unstable political system, led by an insecure and edgy military dictator who has already displayed a dangerous commando mindset in Kargil, an uncontrollable phenomenon of terrorist lashkars and madrassas, blood on our streets and theLoC in Kashmir. If this does not make ours the most dangerous region in the world, what else would?

Also read: Why Kashmir’s new militancy is harder to defeat than the one in 1990s

The fundamental mistake we make is in applying the same paradigm to the regional equation that we accuse the world of doing. We complain that the world looks at our region only in terms of the India-Pakistan hostility. Yet we also cannot break out of that mindset. What we need to realise now, without economy growing at nearly seven per cent and a renewed excitement internationally about our booming markets and technological advances, the world has begun to look at us differently. The developed world needs developing markets and therefore has a strong stake in their stability.

Until now this applied to China. Today, given the high visibility of Indians in the high-tech business, India is also being fast forwarded on to the same radar screen. So when the world shows concern for the dangers in Kashmir now, these are not rooted so much in the old sympathies for what seems to be a reasonable Pakistani argument on Kashmir. These now emanate from the growing stake in India’s strength and stability.

It is time, therefore, for a reality check. In any case nobody in the world believes our current position. The fears that acceptance of this dangerous reality would invite intervention and apocalypse are entirely unfounded.This isn’t 1992 and those insecurities must be a thing of the past. Today,instead of protesting when the world points to the dangers of war inKashmir, we should actually underline these fears. The world will understand who is responsible for these, and who they need to intervene with. It may then be the turn of the Pakistanis to protest.

Tailpiece: President Narayanan, in his by now controversial address at the banquet for Clinton, said that globalisation did not mean the world would be led by one village headman. It should be led, he said, by a panchayat instead. An American guest on the table immediately quipped: “Does he realise the panchayat could be the P-5 instead?” 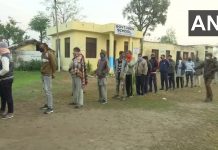 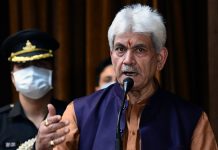 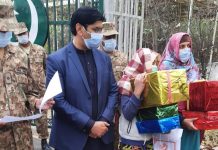