One aspect of the Modi government’s National Education Policy (NEP) has caused some consternation and debate. It is the prescription that children hereon should be taught in their mother tongue, regional language, or home language (whatever that means) up to class 5, and preferably until class 8.

The critics say this is the RSS agenda of Hindi-isation. The defenders say the children comprehend much better in their native tongues. In any case, they argue that this is only a recommendation and not a compulsion.

But, it is the first national education policy being implemented by a government of the nationalist Hindu Right with a full majority. Compulsion wouldn’t have been possible under the current constitutional scheme of things. Education is a concurrent subject. But then, a majority of Indian states, especially some of the most important states, are also being governed by the same party, the BJP.

On balance, the drift is clear. Compulsion or not, the cue is to pivot to domestic languages instead of English. The three-language formula in the NEP also says any three, as long as two are Indian. The implication is that English is foreign. We would have thought that silly definitions like that are employed by sillier Americans, who want their foreign students to pass the Test of English as a Foreign Language, the famed TOEFL. Never mind that they themselves usually can’t even spell right.

English is now an international language, often with distinct versions in different countries. In India, we have variants from north to south, east to west, from King’s English to Singh’s English.

If the cue from the Modi government towards Hindi or native-language medium is clear enough, chances are that most state governments will fall in line. Their own schools won’t dare defy this. They might decree something like this for private recognised schools too.

People will again find a way to cut corners: Nobody, not even the strongest state, can fight market forces. And if consumers want something as badly as Indian parents want English-medium for their children, they will get it. You might also then bring back the mystique of the minority institution, the proverbial convent, now so synonymous with English-medium education in most of India that you can find “convents” all over the country, named after numerous non-Christian saints such as Kabir, Tukaram, even Ravidas.

If you think the Modi government is doing it for political gain, it doesn’t pass a fact-check. Because, over the decades, our politicians have known what works and what doesn’t. They know their voters want English-medium. So, they might say one thing in public but do the opposite in reality.

Ideological compulsions apart, if there is one thing our politicians, especially those with their ear to the ground, or, as we say in the heartland idiom, ‘dharti se judey huye’, understand, it is the reality that their voters want three things from their children’s schooling: English, English, English.

Over the past 25 years, I have learnt ground-level politics by travelling deep through the states during elections, and compiling a series called ‘Writings on the Wall’. This is a metaphor for looking around you, eyes, ears and (the reporter’s) nose open, to figure out what it is that people want. Then you see what it is that rival political contenders are offering them. One who aligns with what the ‘janata’ want according to the writings on the wall, wins. If you get this right, you can’t read an election wrong. Unless, of course, you even read the walls with your own predilections or what, again, in the heartland, would be called poorvagrah. This should also establish my credentials as a native Hindi speaker.

It is on the walls where we first read this message of rising aspiration. Especially in the two Bihar elections (the first was indecisive) of 2005. Lalu had been in power with his backward caste-Muslim vote bank and nobody gave Nitish Kumar a chance to throw him out.

Lalu’s idea of social justice was still caste-equity, empowerment to fight the upper castes. His favourite idiom was: Phir se samay aa gaya hai, apni laathi ko tel pilao (the time has come again to season your sticks with oil). This one, said the pundits, still had such oomph that Nitish stood no chance. Especially with his ‘namby pamby’ counter: “The time when you could be empowered by seasoning your lathis with oil is over. Now you empower yourselves by filling your pens with ink.”

The ‘gyanis’ might have laughed at him. But Nitish had the last laugh. He defeated Lalu, and has been chief minister since. Nitish won and keeps winning because he read the pulse of his people right. There was a new flood of aspiration and it needed the fuel of education. But, then, you can ask me, what does it have to do with the medium of instruction?

Which makes us leapfrog to another ‘Writings on the Wall’ tutorial (for me), in the West Bengal campaign, 2011. As with Nitish versus Lalu in Bihar in 2005, now Mamata Banerjee was the David challenging the Goliath in the Left Front, entrenched for 34 years.

We caught up with Mamata Banerjee on the campaign trail at a place called Barjora near Durgapur, with its steel plant the Jamshedpur-lite of the desperately poor region of West Bengal. She strode left to right and back on the stage, holding the microphone and, at one high point, started what looked like a rhyme. It got the crowds super-excited.

It went something like ‘Aw-e ajgar aashche tere’, and the crowd would respond with a full-throated chant: ‘Aa- aamti khaabo pere’. Loosely translated, it means, A, or the Bangla equivalent, is for ajgar (python), which is coming after you, ‘aa’ is for aam (mango), which you pluck from the tree and eat. But what was the excitement about? Why did it drive that crowd, thousands of the poorest Indians, delirious?

She was reminding them that for decades, the Left Front had condemned their generations to Bengali-medium education while their own children went to English-medium schools and sang ‘twinkle, twinkle little star…’. The result, she said, was that while your children were begging for peons’ jobs, the comrades’ children were going to England and becoming barristers.

We know what happened in that election. Mamata is still in power; the Left is the last of her worries, actually.

Here are two leaders with their ear to the ground. One swept an election promising knowledge and education. The other specified it would be in English medium. Their voters did not come from any entrenched social elites. Those types mostly don’t even go out to vote. Check out the voting percentages in Mumbai’s Malabar Hill.

And since we live by the three-example rule, I will give you one more and then rest my case. Especially as our three examples would be all from different parties and ideologies. Yogi Adityanath in Uttar Pradesh passed orders in 2017 to turn 5,000 (yes, 5,000) government primary schools into English medium, so his state could have at least one in each block. Is Yogi elite? English-obsessed? Westernised? A brown sahib?

He is, on the other hand, a saffron-clad priest. But he is dharti se juda hua. He knows what his voters want. That is the wall this NEP will run into if ideology drives this government to push that native language-medium idea too strongly. 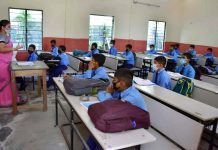 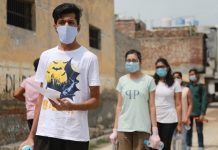 JEE Main will be held in more regional languages from next year, says education minister 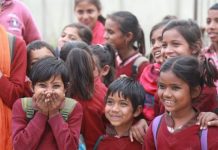