In today’s featured cartoon, E.P. Unny takes a swipe at the Kerala Police over the murder case of Sister Abhaya. The state police had declared Abhaya’s death as suicide in 1993. This week, 27 years later, a special CBI court convicted and sentenced Father Thomas Kottoor and Sister Sephy for the nun’s murder.

Sandeep Adhwaryu alludes to cricket captain Virat Kohli’s comment that he was the “representation of new India”, in the light of the country losing three consecutive Test matches in Australia. He also refers to India’s 36 all-out in Adelaide and the media’s propensity to call anything a ‘masterstroke’.

R. Prasad on how farmers protesting at the Singhu border have been trying to directly communicate their issues with the country through a weekly newspaper and a social media presence.

Kirtish Bhatt draws on the construction of a temple in the name of Bollywood actor Sonu Sood in Telangana, who made headlines for providing assistance to migrant labourers during the Covid-19 lockdown.

Mika Aziz illustrates on the Gupkar alliance’s win in the District Development Council polls in Jammu and Kashmir. 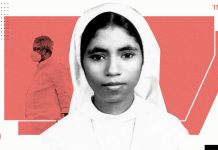 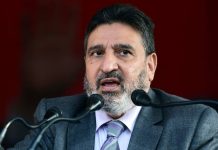