In today’s featured cartoon, E.P. Unny takes a dig at Union minister Raosaheb Danve’s comment that Pakistan and China are behind the ongoing farmer agitation against the contentious farm laws.

Manjul draws on the only two states, Haryana and Madhya Pradesh, that accepted and implemented the newly enacted farm laws passed by the Narendra Modi government.

Suhail Naqshbandi comments on the ongoing District Development Council (DDC) election in Jammu and Kashmir. The sixth phase of the DDC polls, which included 31 constituencies across over 18 districts in the two union territories, recorded over 51.5 per cent of voter turnout Sunday. 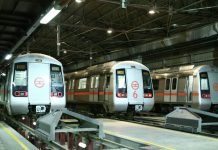