Home Judiciary No one can interfere if an adult marries, converts as per her...
Facebook
Twitter
Linkedin
Email
WhatsApp

Kolkata: Hearing a petition by a father claiming that his daughter has been unduly influenced to marry a man of a different religion, the Calcutta High Court has observed that there can be no interference if an adult marries as per her choice and decides to convert.

After a 19-year old woman married a person of her choice, her father petitioned the high court, complaining that his daughter’s statement before a magistrate may not have been recorded in an atmosphere where she felt comfortable.

On an FIR filed by the father, the police had produced the woman before a judicial magistrate, before whom she made a statement that she had married of her own will.

“If an adult marries as per her choice and decides to convert and not return to her paternal house, there can be no interference in the matter,” a division bench comprising justices Sanjib Banerjee and Arijit Banerjee observed on Monday.

Upon the father’s complaint, the high court had directed that the woman would meet the senior-most additional district judge in Tehatta and that sufficient care was to be taken so that she was not under any coercion or undue influence.

The bench noted that despite a clear and clean report being furnished by the additional district judge, the father harbours some suspicion.

Susmita Saha Dutta, the lawyer representing the father, claimed before the division bench that the husband was present within the court premises at Tehatta in Nadia district when the woman appeared before the judge.

The bench directed that to allay the fathers suspicion, the woman will meet additional public prosecutor Saibal Bapuli in his chamber in Kolkata on December 23.

The bench further directed that at the time the woman meets Bapuli, who is representing the state in the matter, there should be no one else in the room, including her husband.

It directed Bapuli to file a short report when the matter appears for hearing again on December 24. 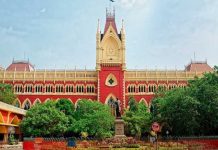 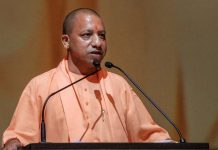 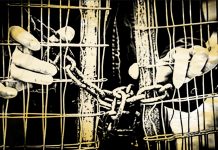