New Delhi: Delhi Police told a court here on Tuesday that the death of 21 COVID-19 patients in Jaipur Golden Hospital in April was not caused due to oxygen shortage, a claim which contradicts the hospital’s stand.

In the same status filed by the police before the court, the hospital has stated that there was a link between inadequate oxygen supply and deaths of the patients as no oxygen was supplied to them for 30 hours despite several alerts.

As many as 21 in-patients died at the hospital on the intervening night of April 23-24 allegedly due to lack of oxygen as it awaited for the supply to be replenished.

On scrutiny of death summaries of all deceased persons, it revealed that no death of any patient caused due to shortage of oxygen, the police stated in the status report on a plea seeking FIR against the hospital for deaths.

Deputy Commissioner of Police Pranav Tayal told Metropolitan Magistrate Vivek Beniwal that as the allegations are against doctors and medical staff, the opinion regarding any medical negligence has been sought from Delhi Medical Council.

However, the hospital said: INOX supplied oxygen 3.8 MT on 22 April at 5:30 pm. There was no refill by INOX at the scheduled time of 5:30 pm on 23 April. This resulted in a crisis situation .

The hospital management also explained how the average mortality per day before and after the incident was only two and three, respectively, which increased to 21 within a span of 7-8 hours.

Resultantly, when this situation ensued, there appeared to be a linkage between the unusually high number of deaths and the common factor i.e. deficient oxygen supply, it added.

The hospital added that they made frantic calls during the afternoon but by night, the oxygen levels dipped and the liquid oxygen almost got exhausted, following which they had to maintain the supply through oxygen cylinders.

This has never ever happened in the history of their hospital that the whole regular supply had to be switched to reserves in the form of cylinders. This situation was unprecedented and amounted to an acute emergency occasioned by a shortage of oxygen, the hospital said during the inquiry.

After initial scrutiny of the patients’ death, prima facie at that moment, it appeared that in four cases there was a drop of oxygen pressure around 9:45 PM on April 23, which is an unusual occurrence in such numbers, the hospital said.

Family members of the deceased approached the court claiming that the hospital management should be punished, but police, with mala fide intention, have neither arrested nor set up an inquiry against them.

In the plea filed through advocates Sahil Ahuja and Siddhant Sethi, the complainants have stated that the hospital management should have stopped admitting the patients or start discharging them if they were low on oxygen supply.

The Delhi government’s expert committee had earlier said that shortage of oxygen as the cause of death could not be ascertained”. 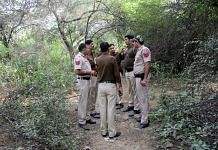 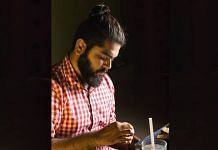 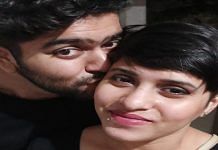