Mumbai: The Aurangabad bench of Bombay High Court has asked the Maharashtra government to decide on on whether the benefit of 10 per cent reservation under the Economically Weaker Section category is applicable to those who availed benefit under the now-stayed Maratha reservation.

The court order was passed on December 18 and a copy of it was made available on Monday.

A division bench of Justices S V Gangapurwala and S D Kulkarni asked the government to file an affidavit while hearing petitions of three job aspirants, who had applied for the posts of tehsildars (revenue officer) under the Socially and Economically Backward Class (SEBC) category (for Maratha community reservation).

The petitioners — Sheetal Zirpe, Varsha Akat and Vikram Warpe — pointed out to the HC that the Supreme Court has stayed the reservation given to the Maratha community and hence, they should be considered under the Economically Weaker Section (EWS) category.

Their lawyers told the court that the petitioners have the EWS category certificate and if they are appointed under this category, then they would not claim benefit of any other reservation in future.

The bench then sought to know from the government pleader if the state has taken any decision on this issue.

“It would have been appropriate if the government would have taken a decision as to whether the benefit of the EWS category ought to be granted to the candidates, who have applied from the SEBC category, which has been stayed by the apex court,” the high court said.

“It appears that the decision to that effect has not been taken,” the court noted.

The HC directed the government to file an affidavit and posted the matter for further hearing on January 14.

The court said until then, the government shall not appoint persons with lesser marks than the petitioners from the EWS category.

“Needless to state, if the candidates in EWS category possess more marks than the present petitioners, then the respondents (government) are free to issue appointment orders to them,” the court said.

The petitioners in 2019 applied for the vacant posts of tehsildar under the SEBC category and had been shortlisted.

However, their appointments were kept in abeyance by the state government after the Supreme Court in September this year stayed implementation of the Maratha community reservation.

On November 30, 2018, the Maharashtra legislature passed a bill granting 16 per centreservationin education and government jobs to theMarathas, declared as a socially and educationally backward class by the state government.

The decision was challenged in the Bombay High Court, which in June 2019 upheld the constitutional validity of the reservation.

The HC, however, ordered for the percentage to be reduced from 16 per cent to 12 per cent in education and 13 per cent for jobs.

The order was challenged in the Supreme Court, which on September 9, 2020 stayed the implementation of the Maratha reservation pending final hearing of the matter.

In January 2019, the Union government approved a 10 per cent reservation in education and jobs for the Economically Weaker Sections (EWS) in the general category. 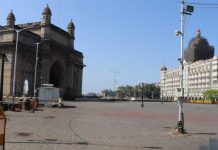 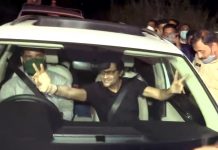 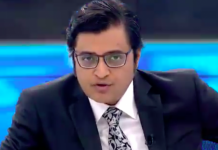