The court, however, said the affidavit filed by the microblogging platform in this regard is not on record and asked Twitter to ensure that it is brought on record.

Justice Rekha Palli noted that the copies of the affidavit have been served to other parties, including the Centre’s counsel who shall come back with instructions on August 10.

Senior advocate Sajan Poovayya, representing Twitter, said the company has appointed permanent officials for the posts of CCO, RGO and Nodal Contact Person on August 4 in compliance of the new IT Rules and has also filed an affidavit in compliance of the court’s earlier order.

During the hearing, the court said, so they are in compliance now?

To this Additional Solicitor General Chetan Sharma, representing the Centre, said, Seemingly so but we need to verify.

The high court had earlier expressed displeasure over Twitter Inc for appointing a contingent worker as CCO and had said the microblogging platform was non-compliant with the new IT Rules.

It had noted that while the rules mandated appointment of a key managerial person or a senior employee as CCO, Twitter had disclosed in its affidavit that it had appointed a contingent worker through a third party contractor.

It had directed Twitter to not only disclose all the details pertaining to the appointment of the CCO as well as the Resident Grievance Officer (RGO) but also clarify as to why a Nodal Contact Person had not been appointed yet and by when the position will be filled.

The Information Technology (Intermediary Guidelines and Digital Ethics Code) Rules, 2021 seek to regulate dissemination and publication of content in cyber space, including social media platforms, and were notified in February by the central government.

Petitioner-lawyer Amit Acharya, represented by senior advocate G Tushar Rao, has claimed that he came to know about the alleged non-compliance of IT Rules by Twitter when he tried to lodge a complaint against a couple of tweets.

The court had earlier granted time to Twitter to file an affidavit to show compliance with the IT Rules.

The Centre had said in its affidavit that Twitter failed to comply with India’s new IT Rules, which could lead to its losing immunity conferred under the IT Act. 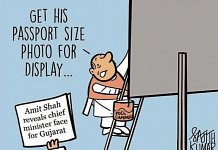 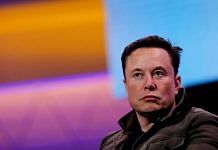