Bhopal: Nearly five months after he was arrested for a social media post opposing the Citizenship (Amendment) Act [CAA] and the National Register of Citizens (NRC), a 24-year-old mechanic was granted bail by the Madhya Pradesh High Court on the condition that he attend counselling sessions.

Noting that the WhatsApp status could likely disrupt religious harmony and public peace, a case was registered against Khan under Sections 188 and 505 (2) of the Indian Penal Code at Kotwali Police Station, Shajapur. He was arrested on 2 July and remained in judicial custody since then.

Khan’s advocate Manish Yadav told ThePrint that he was released from Shajapur jail Tuesday. The bail order was issued on 26 November.

After the lower court rejected his bail plea, Khan, who had no prior criminal record, moved the Indore bench of the Madhya Pradesh High Court on 10 November.

He said he will submit an affidavit in trial court stating he will not engage in activities that whip up emotions or threaten the country’s integrity.

Without commenting on the merit of the case, Justice Virender Singh released Khan on bail with many conditions.

Khan will have to attend court hearings regularly, should not influence prosecution witnesses and must not  get involved in criminal activity. Khan will also have to meet with social worker Rashmi Pande for counselling in the first week of February, March and April 2021, and abide by her instructions.

The court warned that any adverse report by the counsellor on Khan’s behaviour will lead to a rethink of the security furnished by him. Khan has been asked to furnish a Rs 30,000 personal bond and another Rs 30,000 as security to secure his bail.

Also read: Who represents India’s Muslims? Thanks to CAA protests, we now know the answer 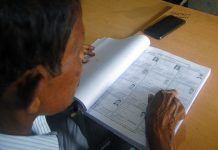 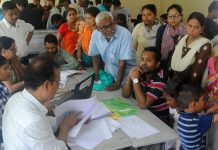