New Delhi: A top Indian body of mobile and electronics industry comprising of manufacturers wrote to Wistron Tuesday, stating that justice will be done in the wake of the violence at the iPhone-maker’s facility in Karnataka last week.

“We look forward to working with you closely to identify the issues at hand, ensuring justice for those who perpetrated these unacceptable acts,” stated chairman of India Cellular and Electronics Association’s (ICEA), Pankaj Mohindroo.

The letter, a copy of which has been accessed by ThePrint, added that while there could be issues at “any new factory” related to HR and screening employees, “none of it [issues] justifies acts of vandalism and stealing. There are several peaceful means by which the employees can register their complaints, if any”.

The letter was addressed to Vincent Lee, vice-president of Innovation Business Group, Wistron Infocomm Manufacturing (India) Private Limited. Wistron is a member of the ICEA.

It comes amid media reports stating that the iPhone-maker might roll back its expansion plans in India.

Violence had erupted over the weekend at the Taiwanese tech giant’s plant in Kolar after workers went on a rampage over “non payment of salaries and pay cuts”. The company claimed a loss of Rs 437.40 crore due to the incident and 7,000 people, which include 5,000 of its contractual workers, have been booked.

It was only this year that the government had announced that Wistron was eligible to be part of the much-talked about Production-Linked Incentive (PLI) scheme.

The scheme is aimed at promoting India as a hub for electronics manufacturing so that foreign companies are prompted to set up facilities in the country to manufacture and export electronics like smartphones.

‘We fully stand by Wistron’

Mohindroo stated in the letter: “We fully stand by Wistron and are committed to working closely with the central government, the state government and security agencies to ensure that such an incident is never repeated in what should be a glorious future for Wistron in India.”

He added that the association is in touch with Wistron India managing director Sudipto Gupta, “and will put together an elaborate plan” to ensure government support for safety and security, and “to assist with resumption of operations at the earliest possible date”.

“Wistron is a flagship project for India’s electronics manufacturing, and remains a top priority installation whose safety and security needs to be guaranteed under all circumstances,” the letter added.

Also read: Violence at Wistron iPhone plant in Karnataka is a challenge to Apple’s globalisation plan 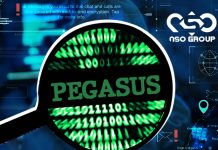 Is my phone at risk? How the Pegasus spyware works 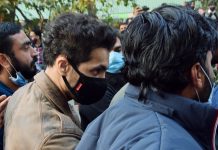