New Delhi: Online content providers such as Netflix and Amazon Prime offer a select bouquet of content to the viewers and it is in this area where the government would like to have a certain “system of discipline”.

“As a platform, you decide a certain bouquet based on your commercial considerations and tastes, which you think would be suitable for the consumers you want to cater to, and the consumers choose from that bouquet,” said Joint Secretary, I&B Ministry, Vikram Sahay, Thursday.

“While he (viewer) is pulling something (content being streamed), he is not pulling anything he wants, but from what’s on offer. It is here where we want to have a certain type of a system of discipline,” he added.

Sahay was speaking in a session on ‘Under Scrutiny: Will OTT be able to get over it?’ at the Confederation of Indian Industry’s (CII) 9th edition of the ‘Big Picture Summit 2020’ — an annual event that brings together stakeholders from the government, industry and experts on one platform to speak over various issues and technologies concerning the media and entertainment sector.

The official said that there are universal concerns over content streamed on OTT platforms and it has to be seen that it protects certain sensibilities, especially of children.

“Therefore, we will continue to be in touch with the industry to work out a (regulatory) model, which is acceptable to all of us, so that nobody can say India has a large number of content, which India cannot be proud of,” he added.

A self-regulation code signed by video streaming platforms such as Netflix, Disney+ Hotstar, Amazon Prime and 12 others had run into trouble with the government, over what comprises prohibitive content, and the absence of an appellate tier comprising an independent panel on the lines of one proposed in an earlier draft of the code, among others.

While the video streaming players are trying to come to a common ground, consensus has eluded them on several points.

The lack of a self-regulatory code and the government’s latest move to bring all video streaming platforms and digital news websites under the I&B Ministry had sparked fears in the industry of a greater government intervention in the sphere of content.

‘How to protect children’

On a question if OTT platforms that offer a “pull model” — where viewers make an informed choice of watching a certain content based on age ratings and content descriptors — should only put up child-friendly content, Sahay said while several platforms do have age rating and other access control mechanisms, it is not there on all platforms.

“We are not saying that content not suitable for children should not be shown. That is not the idea. The idea is how do you protect children,” he added.

“You protect children through a proper credible way of age ratings. So do we have a credible mechanism? That’s what many countries are grappling with. Is it possible for a child to misrepresent and take a subscription? Can the difficulty level be higher?” he asked.

Sahay further said the government is not just concerned about OTT content, but also about fake news.

“Digital media throws a lot of challenges. One challenge is to ensure that our consumers are protected in all ways,” he said, referring to examples of various models followed across the globe, including Australia, Singapore and others, to look at content in the digital space.

‘Industry does see the need to operate as a responsible player’

Gourav Rakshit, Chief Operating Officer (COO), Viacom18 Digital, said the industry does see the need to operate as a responsible player and that he is optimistic of getting the self-regulation code out soon and ensure implementation by all participants.

He said it is incumbent on the industry to ensure a comfortable environment for consumers and the government and also for themselves as responsible businesses.

Speaking at the inaugural session of the summit Wednesday, K. Madhavan, chairman, CII National Committee on Media and Entertainment and Managing Director, Star India Pvt Limited and Disney India, said that television and video streaming increased to peak at 37 per cent higher than the pre-lockdown period, and IPL was the biggest live cricketing tournament to be held during the pandemic.

“The tournament broke all previous records with a 23 per cent increase in viewership over last year,” he had said. 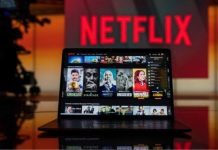 Tired of films & TV shows? Netflix plans to stream video games as early as next year 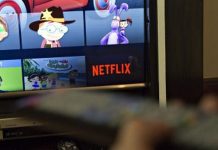 Netflix proves it’s essential, pandemic or not, even though Disney+ is growing in India 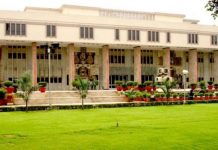 Delhi HC refuses interim protection to The Wire, 2 other portals from coercive action