Others present included some of the “letter-writers” like Ghulam Nabi Azad and Anand Sharma, who had sought an organisational overhaul in the party, besides Sachin Pilot who revolted against the Congress government in Rajasthan sometime ago.

While Sonia Gandhi has been avoiding attending public events, Rahul Gandhi left on a short personal visit abroad only on Sunday.

Later speaking to reporters, Priyanka Gandhi Vadra said the government should listen to the voice of farmers and should not dub the agitation as a “political conspiracy”.

Thousands of farmers are camping on Delhi’s borders to press for the repeal of three new central agriculture laws.

She said the jawans protecting the country’s borders are the sons of farmers and the government should understand that the farmers are the ‘annadatas’ (food givers) of the country.

She did not answer queries on Rahul Gandhi’s absence.

Rahul Gandhi left for abroad on Sunday afternoon on a short personal visit and would be away for a few days.

The party has not disclosed the location where Gandhi is travelling, but according to sources he has left for Milan.

Also read: Rahul Gandhi is abroad on a ‘short personal visit’, will be away for a few days — Congress 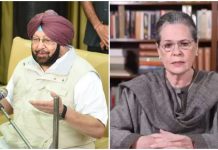 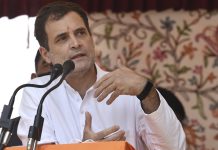 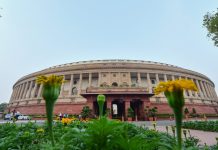