Maliya/Jamnagar: Come 2021, and there is likely to be a shortage of salt in Indian markets, affecting every individual in the country. This is because the last two years of excessive rainfall and the Covid-19 lockdown have severely hit salt production in Gujarat, which is the largest producer in India and one of the biggest in the world.

But owing to heavy rains lasting until November 2019, the production of salt, which usually begins after the rains in September and continues until the next monsoon in June-July, began only in December-January. Then, the lockdown imposed across the country at the end of March brought production to an early close, meaning that this year’s output is down 35 per cent from the previous year’s output.

The lower production also means not much salt has gone into reserve — this is what is sold in the markets in the off-season for production between June-July and September. So, for consumers, salt is set to get scarce by around September-October 2021.

Also read: How this IAS officer got India’s first water train to save Gujarat’s Rajkot from drought

Salt production in India and Gujarat

India is the third largest producer of salt in the world. The top five salt-producing states in India are Gujarat, Tamil Nadu, Rajasthan, Maharashtra and Andhra Pradesh.

Gujarat contributes a whopping 76 per cent of India’s total salt production, thanks to its arid climate and large land availability. The business is concentrated in Kharaghoda (Surendranagar district), Bhavnagar, Porbandar and the Rann of Kutch.

Annually, India requires 90 lakh tonnes of salt for domestic consumption, an equal amount for industrial use, industry experts such as Raval told ThePrint. They added that India exports 50 lakh tonnes of salt every year, as part of various international treaties and agreements, and an additional 34-40 lakh tonnes depending on demand.

In Gujarat, once the monsoon recedes in September, embankments are made to store salt water. Starting October, excavator machines with jagged teeth sift the salt-water (called brine, with salt concentration up to 26 per cent) to assist evaporation. The water dries up in a couple of months, and the salt forms a thick layer, which is scraped layer-by-layer. The top layer is the cleanest product, which is used for consumption. The rest is cleaned and sent to chemical industries before the next monsoon hits.

Impact of heavy rains and lockdown

Last year’s monsoon was the second-wettest on record in India, and this year’s monsoon has been the third-wettest. According to India Meteorological Department data, parts of Gujarat have received more than twice the average rainfall this year — the Kutch region saw 272 per cent of the long-period average rainfall, while in Saurashtra’s Porbandar and Jamnagar, the rainfall was 222 per cent of the average. For Morbi, the figure was 204 per cent.

Raval said, “This year, the production season was only four months long, as opposed to nine months every year. The rains this year in the region have been twice the average, which has led to dilution of salt. This dilution will affect the next cycle as well. We expect the production for 2020-21 to start in December instead of September this year. We haven’t seen a loss like this in a decade.”

Pawanbhai, who runs a private salt company in Maliya, Morbi district, Gujarat, told ThePrint: “Rains lasted until November 2019… The salt produce that we should have been able to gather in the months of November and December 2019 got pushed to January and February 2020. We started production three months late due to heavy rains, and our cultivation season lasted only for four months this year, because of the lockdown. Then, the monsoon hit earlier than usual in June, shutting us down again.

Explaining why the lockdown had affected the production of an essential commodity like salt, despite government assurances, Pawanbhai said: “Many of our workers had gone to their villages for Holi, so a lot of them could not come back to Maliya due to the lockdown. We were operating at 50 per cent capacity during the peak season. The Maliya belt alone has witnessed a loss of Rs 100 crore this year.”

Raval added: “For an entire month during the lockdown, we tried to run the factories normally, but we could not convince our labour force to stick around. Salt is an essential commodity, which is why we wanted to keep our operations running. With roads shut and no movement of trains, our produce kept lying in the pans. Then, the rains in June-July destroyed about 30-40 per cent of our finished goods.”

Bhairav Singh Kheda, who runs a truck ferrying salt from the pans to the industries, said he was out of work during the lockdown. “A lot of industries which make salt for the caustic soda industry did not do so due to shortage of labour. For one trip, I earn about Rs 500, but due to the curfew, I could not even switch to ferrying any other product in my truck,” Kheda complained.

Bharatbhai Babu, who manages a salt plant at Bedi port in Jamnagar, said the manufacturing units have been badly affected, and could be hit next year too.

“We have resumed operations now to manufacture the finished product for the caustic soda industry. Every year we make about two lakh tonnes of salt, but this year, we were only able to make 1.25 lakh. The brine here is already diluted; if it rains again, then instead of starting in December, salt production for next year will start in January,” Babu said. 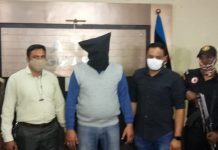 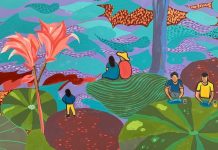