Mumbai: A few investors backed by some prominent business groups have shown interest in the revival of the beleaguered Punjab and Maharashtra Cooperative (PMC) Bank, highly placed sources have told The Print.

The development comes after the bank’s management had earlier this month invited expressions of interest from potential investors for equity participation in the bank’s revival. The last date for submission of the expression of interest is 15 December.

“We have a few enquiries so far…some good houses have shown interest. Since sizable investment has to be made by them so they will do their due diligence and ascertain viability,” said a source privy to the development. “But definitely the interest is there.”

Potential investors will have the option to convert PMC Bank into a small finance bank provided they meet the RBI’s licensing conditions. The lender will need RBI’s approval for such a conversion.

The multistate cooperative lender was put under restrictions by the Reserve Bank of India (RBI) in September 2019 following irregularities that deteriorated its financial health.

The bank’s net worth is negative now. “The bank will need around Rs 5,850 crore to bring net worth to zero and another Rs 1,000 crore to maintain a minimum capital adequacy ratio of 9 per cent and start the business,” the source quoted above said.

According to RBI norms, urban cooperative banks desiring to convert into small finance banks should have a minimum net worth of Rs 100 crore though they need to increase it to Rs 200 crore from five years of commencing operations. The capital adequacy ratio for small finance banks are mandated at 15 per cent, as compared to 11.25 per cent for commercial banks.

“At this point in time there cannot be any specific prescription,” the source added. “There can be a combination of various options. If someone puts Rs 7,000 crore straight away, there is no need to do anything else.”

In case the investor is unable to put in the entire Rs 7,000 crore, then there is an option to restructure the deposits. There have been instances in the past where deposits were restructured by converting a part of them into equity for a few cooperative banks for its revival. “All will depend on how much the investor plans to pump in,” sources said.

An internal analysis of RBI shows that in cooperative banks, deposits are mostly below Rs 5 lakh. Deposits up to Rs 5 lakh are insured by the Deposit Insurance and Credit Guarantee Corporation. However, PMC Bank has institutional depositors with some of the accounts having deposits of over Rs 100 crore.

While the nature of the new investors is not known at this point in time but the recent commentary of top central bank officials indicate that the regulator is encouraging non-banking finance companies (NBFCs) to convert into banks.

Also read: Realty tax sop is unlikely to make a dent in metro cities due to caps

No withdrawal from 20% depositors

While the process of reviving of PMC Bank has been initiated, a particular development has surprised the banking regulator. It was found that around 20 per cent of the nine lakh depositors of the PMC Bank have not withdrawn any money from their accounts. This has happened despite RBI having increased the deposit withdrawal progressively to Rs 1 lakh.

“Some accounts may have turned dormant. These depositors may be outside India,” said a second source. “It is also possible there are depositors who are confident that the bank will survive. And there are some of the depositors who have not withdrawn the entire Rs 1 lakh.”

Sources also said that almost all the accounts are KYC (know your customer) compliant.

While increasing the withdrawal limit to Rs 1 lakh on 19 June, RBI had said that with this relaxation, more than 84 per cent of the depositors of the bank will be able to withdraw their entire account balance. 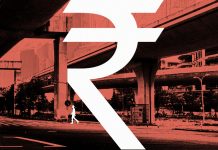 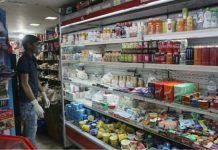 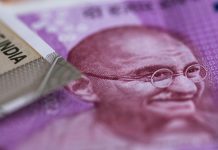