New Delhi: Days after receiving a suggestion from the top railway employees’ body, the Indian Railways is planning to discontinue its pantry car service even after normal train services resume, ThePrint has learnt.

According to sources in the Ministry of Railway, pantry cars, which are there in around 350 pairs of Mail/Express, Superfast and Premier services trains, will be replaced with AC-3 tier coaches, which will allow the national transporter to earn an additional revenue of Rs 1,400 crore.

The Railways discontinued the practice temporarily in the face of the Covid-19 pandemic, but sources say that it could now be done away with permanently. The transporter could instead rely on base kitchens at railway stations, e-catering, train-side vending and etc.

Last month, ThePrint had reported that the All India Railwaymen’s Federation, the biggest railway employees’ association, had submitted this recommendation to Railway Minister Piyush Goyal, who had, in turn, asked the ministry to study it.

“The Railways does not really make revenue out of the pantry car service, and right now, the focus is to generate more revenue without compromising the services,” said a railway official who asked not to be named.

“So removing the pantry cars is seen as a legitimate proposal. The food can be supplied through base kitchens at railway stations like the IRCTC already does. The scale can be increased,” the official added.

Responding to queries by ThePrint, railway ministry spokesperson D.J. Narain said, “No decision has been taken by Railway Board regarding doing away with pantry cars. All these decisions are under constant review to as per the evolving Covid 19 situation.”

He added, “Secondly, pantry services were suspended during Corona times to ensure the virus doesn’t spread due to intrain pantries and food serving etc… Thirdly, we are working to give more choices to people whether at stations or in trains.”

In a bid to cut additional expenses at a time when train services have nose-dived, the Railways has also decided to stop providing linen sets — blankets, pillows, bedsheets, and hand towels — in trains even when full operations resume. The Railways had temporarily done away with the provision to reduce the spread of infection in the face of the pandemic.

Earlier this month, the Bhusawal division of the Central Railways proposed setting up of kiosks by private enterprises under a “revenue sharing program” that would sell blankets, pillows, bedsheets, and hand towels on demand.

This report has been updated to add a comment by the railway ministry spokesperson. 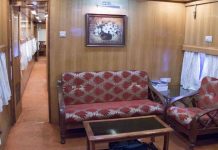 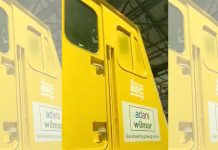