Samant’s lawyer, Adhitya Srinivasan, confirmed the development as he tweeted Friday saying, “Oxford has finally concluded its investigation into the harassment complaint filed by Ms Rashmi Samant (@RashmiDVS). I am delighted that a decision has been reached, and I am pleased with the outcome of the investigation.”

“I’m afraid we’re precluded from saying anything more at this stage,” he, however, added.

Oxford has finally concluded its investigation into the harassment complaint filed by Ms Rashmi Samant (@RashmiDVS ). I am delighted that a decision has been reached, and I am pleased with the outcome of the investigation. …

ThePrint has reached out to Samant for comment via phone calls and text messages. This copy will be updated with her response.

A spokesperson from the Oxford University also confirmed that the independent investigation has concluded.

“The outcome of the independent investigation into online comments made by a staff member from a private, non-University account, has now concluded and made its recommendations. The process remains confidential and the University will not be making any further comment on the case, and has asked all parties concerned to respect the confidentiality of all involved,” said the spokesperson.

Samant is a resident of Udupi, Karnataka. In February, she was elected OUSU president — a first for an Indian woman. Soon after, she was called anti-semitic, racist, and transphobic over some of her old social media posts and she resigned from the post.

According to reports, a complaint had been filed against Abhijit Sarkar, a postdoctoral history researcher at New College in Oxford University. He had posted a picture of Samant’s family members on Instagram in February, claiming they were “celebrating the destruction of a mosque and the establishment of a Hindu temple in its place”. The Print has reached out to Sarkar for his comment and will update the copy with his response.

In March, the British police and Oxford university launched an investigation following a complaint by Satish Sharma, Managing Director of the global Hindu Federation against the bullying Samant was facing.

While Samant has refrained from sharing details of what the investigation had concluded, she took to Twitter Friday and said, “Cannot think of a more apt summary for the saga this has been.”

Cannot think of a more apt summary for the saga this has been,

In a second tweet, she added, “This experience has only made me more resilient and perseverant. It has fundamentally changed me as a person.”

my community and make wild allegations about me. This experience has only made me more resilient and perseverant. It has fundamentally changed me as a person.

My sincere gratitude to everyone who stood by me unconditionally.

The controversy started soon after Samant was elected as the president of the OUSU as some of her old social media posts from 2017 emerged.

In one post, she had captioned a photo from Malaysia, “Ching Chang” while another photo of her posing outside a Berlin Holocaust Memorial and the accompanying caption had read, ““The memorial *CASTS* a *HOLLOW* dream of the past atrocities and deeds”.

Soon after the Oxford Campaign for Racial Awareness and Equality (CRAE) had an Oxford LGBTQ+ Campaign had called for her resignation. Samant stepped down as president-elect on 16 February.

In an interview to ThePrint, Samant, who is pursuing an MSc in energy systems with a focus on sustainability, said, “There is a mob out there, who very strongly believes that it is their responsibility to call out people. They do it viciously, with a certain conviction and aggression, but they don’t realise the damage that they create. It is based on an ideology. When they hold a position of power people start believing them.”

The issue was also raised by the External Affairs Minister S. Jaishankar in the Rajya Sabha in March when he said that India can’t ever turn its “eyes away from racism”. 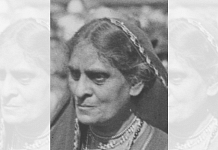 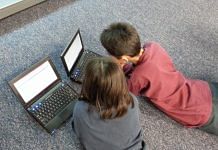 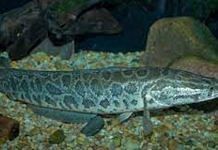 Why exotic snakehead fish is under threat — people want them as aquarium pets, 6x rise in trade