New Delhi: Shamsur Rahman Faruqi was a Urdu literary giant who carved a distinct niche for himself, Dastangoi Himanshu Bajpai has told ThePrint.

Faruqi passed away in Allahabad on Thursday, a month after recovering from Covid-19. He was 85.

A Padma Shri winner, Faruqi was credited with restoring Dastangoi, the Urdu art of oral storytelling. Its practitioners are called Dastango.

“There was no man bigger than him in the world of Urdu literature. He was easily the tallest icon of Urdu in the recent era,” Bajpai said of Faruqi. “He possessed a comprehensively vast reservoir of Ilmi Liaqat (knowledge).”

“The tree of Urdu will continue to flourish because Faruqi saheb had nursed it through his own penance,” Bajpai added.

Bajpai spoke to ThePrint on Faruqi’s personality, his literary acumen and his distinct place in Urdu literature.

Faruqi was born on 30th September 1935 in Uttar Pradesh. He incidentally had an MA degree in English from Allahabad University.

But it was in Urdu that he really left a mark. He began writing in early 1960s and his popular works include Kai Chaand The Sar-e-aasman, Mir Taqi Mir, Ghalib Afsane ki Humayat me and The Secret Mirror.

Bajpai said Faruqi, apart from holding his own in multiple literary genres, revived the Dastangoi. He added that there is no other greater source on the Dastangoi than Faruqi.

“The art of Dastangoi was restored due to his inspiration. It was brought back by his nephew Mahmud Faruqi,” Bajpai said.

Among Faruqi’s literary feats, Bajpai singled out the Urdu litterateur’s work on the 18th century poet Mir Taqi Mir. In 1996, Faruqi was conferred the prestigious Saraswati Samman for his work Sher-e-Shor Angez , which was on four volumes of Mir’s works.

Also read: AIR’s Urdu service, popular in both India and Pakistan, truncated to 3 hours from 18

Bajpai also spoke of Kai Chaand The Sar-e-aasman, which he said is Faruqi’s most popular novel.

The book records the time of the Mughal emperors.

Bajpai said that through the book, Faruqi proved that he was not only a brilliant critique but also adept at fiction.

“Kai Chaand The Sar-e-aasman is a perfect example of this,” Bajpai said. “When it was published, many people were shocked. He opened up an entirely new world about the historical novel.”

Faruqi also edited and published the Urdu magazine Shabkhoon. According to Bajpai, the magazine did the greatest service to Urdu.

He added that Faruqi was among those who helped Urdu retain its clout. “His intellect was world class. He had a vast knowledge of English as well,” Bajpai said. “Because of Faruqi saheb, we could claim that the brightest illuminating tower of Urdu is in India.”

Bajpai says that Faruqi also shattered the illusion that one can earn name and fame in the literary world by sitting in Delhi only.

“His absence will create a vacuum that cannot be filled,” Bajpai said. “His mere presence was tantamount to the presence of many universities. In Hindi and Urdu, there was no other person who used to surprise more than him.”

Bajpai added that while Urdu has not become bereft of great personalities, there was only “one Faruqi saheb”.

“We are fortunate that we will be able to tell our upcoming generations that we have seen and heard him. The answer about what can be the elixir of knowledge could be known by observing Faruqi saheb,” Bajpai said. “There is no other person like him.” 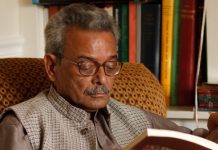 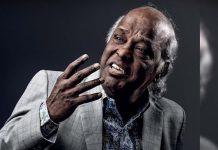 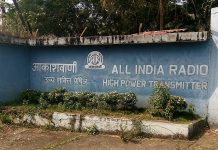 AIR’s Urdu service, popular in both India and Pakistan, truncated to 3 hours from 18