New Delhi: Former Union minister Maneka Gandhi Saturday announced that the Sanjay Gandhi Animal Care Centre (SGACC) in Delhi would be temporarily shutting down from 1 August for a “complete overhaul”.

Her statement follows a recent instance of a rescue dog’s death at the centre, one of Delhi’s oldest institutions for taking in and caring for abandoned animals. The dog was allegedly fatally assaulted by a para-vet after the animal bit him.

On 5 July, a video shared on social media showed the dog being mistreated at the centre. Posted by Kaveri Bhardwaj, an animal rescuer, the video was shared by many, catching the attention of Gandhi as well.

In her statement, Gandhi, the SGACC chairperson, said the 40-year-old hospital has been short-staffed for the last year due to Covid-19 and the dog seen in the video was being handled by two newly-hired para-vets.

“Recently a dog was brought in for rescue to Sanjay Gandhi Animal Care Center (SGACC) in New Delhi. Over the last one year SGACC has been short staffed due to Covid-19 and and the two newly hired para-vets were providing support. The rescue took a regrettable turn when the dog — naturally agitated as she was in extreme pain — bit the para-vet, who in turn retaliated with frightful violence. The dog died from her injuries,” Gandhi said.

My statement on the recent incident at Sanjay Gandhi Animal Care Centre. pic.twitter.com/AFRrie6pR0

She added that an FIR was filed against the two para-vets and they were arrested. The doctor in-charge of the section was also given notice to leave.

Gandhi, however, said these measures were “not enough” and the SGACC “needs to be rebuilt again”.

Infrastructure and systems to be overhauled

The hospital, after running for 40 years, will be shut temporarily from 1 August. “It will be closed to any future rescues and the existing animals will be rehabilitated,” Gandhi said.

She added that the institution will be rebuilt again — physically (with the entire dog section rebuilt, with new infrastructure) and more importantly in terms of staffing.

She added that along with the overhaul, she will also ensure that staff receives animal-sensitive training.

“We will overhaul the hospital management and its staff completely, while ensuring everyone working there is provided with animal sensitive training. We will also review our internal policies and incentive mechanisms,” her statement noted. 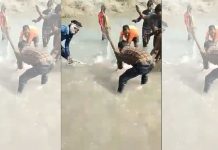 Before desi cow exam, Indians should study how to not kill dolphins and elephants for fun 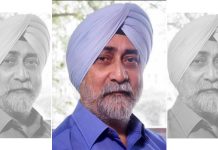 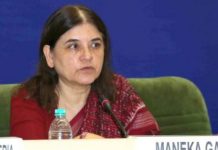