New Delhi: Edible oil industry bodies have asked the central government to reconsider its decision to ease the rules for the import of refined, bleached, and deodorised (RBD) palm oil and palmolein, describing it as harmful for domestic players.

The move, they said, will also have serious repercussions on farmers, and, in the long run, hamper the self-sufficiency of India vis-a-vis edible oil, one of the most imported commodities in the country.

In a bid to counter the recent record-high prices of edible oils, the central government, in June, reduced the duty on crude palm oil (CPO) by 5 percentage points, to 10 from 15 per cent. To further cool down prices, RBD palmolein and RBD palm oil were moved from “restricted” to the open general category of imports till 31 December 2021. While “restricted” items require an import licence, the latter category doesn’t.

“The vegetable oil refining industry in India is hardly operating at 50 per cent capacity and because of cut-throat competition margins are minimal. By this action, it seems that government is penalising refining industry for no fault of theirs,” the Solvent Extractors’ Association (SEA), a leading association of vegetable oil trade in India, said in a 5 July memorandum to Union Minister Piyush Goyal, who handles Consumer Affairs, Food and Public Distribution, as well as Commerce & Industry.

The memo is the first of many releases the SEA has issued over the past month, voicing their opposition.

“Also, the action of refined oil import will surely send the industry to the door of bankruptcy as we have seen in the past with so many refineries,” they added.

Allowing unrestricted import of RBD palmolein and RBD palm oil will also have serious repercussions for farmers as it will have a dampening effect on the prices of domestic oilseeds, the SEA said.

High vegetable oil prices, they added, have proven to be a blessing in disguise and “would definitely attract more acreage in oilseed cultivation which is critical for reducing dependence on imports”.

With the RBD palm oil products imported under the new rules reaching domestic markets over the past few days, the prices have slid by 25 per cent against the highs of preceding months.

The maths of palm oil imports

Palm oil, obtained from palm tree fruits, is a versatile commodity that is used in everything from cosmetics to food. The crop is known to “produce more oil per land area than any other equivalent vegetable oil crop”.

In 2019-20, following an 8 January 2020 decision of the Directorate General of Foreign Trade (DGFT) to place RBD palmolein and RBD palm oil on the restricted imports list, their arrival dwindled.

The domestic refining industry played a key role addressing the supply gap, and local players stepped in to refine CPO to fulfil the demand for RBD palmolein and RBD palm oil.

The June reversal is expected to spur an increase in palm oil imports, particularly processed products.

According to a report in The Hindu BusinessLine, Indian refiners suffer a disadvantage of almost Rs 6,500-8,000/tonne with respect to imported RBD palmolein. On average, the total cost of RBD palmolein produced from imported CPO arrives at Rs 1,17,200/tonne. Meanwhile, imported olein comes at Rs 1,10,600/tonne.

“On the one hand, it will adversely hit the domestic oil industry and, on the other hand, imports from SAARC nations will increase. According to our estimates, last year, imports from SAARC nations resulted in a loss of Rs 1,200 crore to the national exchequer and now with the restriction on refined palm oil removed, the import will increase and loss to exchequer will multiply accordingly.”

In its memo, the SEA also pointed to the potential impact on farmers, saying the expected influx of cheap refined palm oil products will make oilseed cultivation a less favorable proposition, and may result in a decline in oilseed acreage and production, further diminishing domestic sufficiency in oilseeds.

Erratic monsoon with deficient rainfall this year has hit oilseed-sowing in top-producing states, which has pushed food inflation. In July, soybean sowing in the leading oilseed-producing state of Madhya Pradesh was lagging severely a month after the onset of sowing season.

Also Read: How palm oil became the world’s most hated and most used fat source 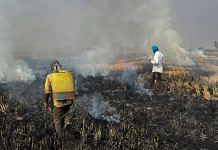 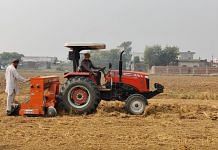 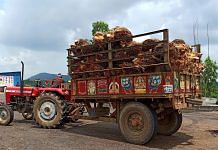