J&K Police said the journalist — identified as Aadil Farooq Bhat, who works with the local CNS News Agency — had two hand grenades in his possession. He was arrested from Makkah Market, barely 500 metres from Lal Chowk, a senior police officer told ThePrint.

#Journo–#terrorist Adil from Pampore Pulwama #arrested along with 02 #grenades in the heart of #Srinagar City. More arrests are expected. #Investigation going on. Further details shall follow. @JmuKmrPolice

It is still unclear if he was directly involved with the Hari Singh High Street grenade blast, the officer said. Bhat, ThePrint has learnt, has been under the lens earlier for alleged militant links and was also arrested in 2019, but later released.

The grenade attack at Hari Singh High Street is suspected to have been targeted at a bunker of the Sashastra Seema Bal (SSB).

“Preliminary investigation has revealed that terrorists hurled a grenade towards the bunker of the SSB’s 40 battalion in the Hari Singh High Street area. However, the grenade missed the intended target and instead exploded on the road, resulting in minor injuries to 10 civilians who were evacuated to a nearby hospital for treatment of their injuries,” the officer said.

Following the grenade attack, all the entry and exit points in and around Lal Chowk area were sealed and all checkpoints across the city put on alert.

“During the intensive checking, the personnel deployed near Makkah Market apprehended Bhat, whose movement was found to be suspicious. Upon search of his bag, two live grenades were recovered,” the officer said.

Police have registered two separate cases in the matter.

“We have registered cases in both incidents — one in the blast and the other related to the recovery of explosives. Investigation in both cases is underway. The two cases seem connected and the blast case will be investigated keeping in mind the subsequent recovery of two live grenades. More arrests are expected,” the officer said.

According to the police officer quoted above, Bhat is a resident of Khrew area in Pampore, Pulwama, in south Kashmir.

Bhat, the officer said, had also been arrested in February 2019 and detained under the Public Safety Act (PSA) for his alleged involvement in “providing logistics as well as other support to the active terrorists operating in Khrew area”.

Bhat’s PSA dossier, a copy of which was accessed by ThePrint, shows that he “supported militant ideology” and also had “links with the Hurriyat leader Bilal Gani Lone”.

The dossier also said Bhat liaised with a militant named Mohammad Ayoub Lone, alias Pilot, of the Lashkar-e-Taiba (LeT) and his associates, and worked as an overground worker for the organisation.

According to the dossier Bhat led to “safe transportation of illegal arms and ammunition through unconventional routes and away from the security forces”.

Also read: Abrogation of Article 370 was long overdue. But we must not hurry change in mindset 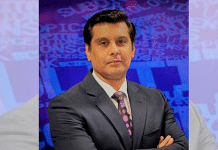 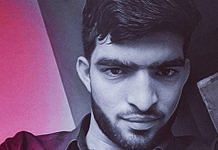 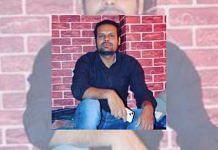