New Delhi: India’s elderly population (aged 60 and above) is projected to touch 194 million in 2031 from 138 million in 2021, a 41 per cent increase over a decade, according to the National Statistical Office (NSO)’s Elderly in India 2021 report.

The report published Thursday cited findings from the Technical Group on Population Projections for India and States 2011-2036 for its predictions.

The NSO, which falls under the Ministry of Statistics and Programme Implementation (MoSPI), sought to provide insights about the problems and status of elderly persons in the country, and help in policymaking.

The report stressed the 2017 United Nations Report on World Population Ageing, which claimed that by 2030 the people aged 60 years or above are expected to outnumber children under age 10.

Also read: How UP could achieve ‘population stabilisation’ by 2026-30 even without a law

The report said there is likely to be an increase of nearly 34 million elderly persons in 2021 as compared to 2011 (104 million). This is projected to rise by around 56 million over the next decade.

The elderly population’s decadal growth (population growth rate over a 10-year period) compared to that of the general population showed a huge contrast.

The average annual growth rate of the elderly population as compared to the Population Census 2011 is 3.28 per cent.

Bihar, Uttar Pradesh and Assam have the least proportion with 7.7 per cent, 8.1 per cent and 8.2 per cent, respectively.

A decade from now, the same five states are projected to have the maximum proportion of elderly people in its population — Kerala (20.9 per cent) followed by Tamil Nadu (18.2 per cent), Himachal Pradesh (17.1 per cent), Andhra Pradesh (16.4 per cent) and Punjab (16.2 per cent).

The dependency ratio for female and male is expected to reach 14.8 per cent and 16.7 per cent, respectively, in 2021.

The old-age dependency ratio is defined as the number of persons aged 60+ per 100 persons relative to the age group 15-59.

The report noted that the female old-age dependency ratio as compared to male is significantly high in states like Kerala, Tamil Nadu, Himachal Pradesh and Punjab in 2021.

The report said literacy levels among elderly males and females have improved over time in both rural and urban areas, but it noted a huge gender gap, with only 28 per cent female elderly literate as against 59 per cent males (Population Census 2011).

The difference is even starker in rural areas where 51 per cent males were literate against 18 per cent of women. 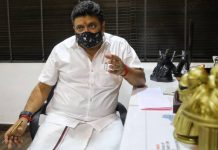 Country not run by IAS, politicians must be accountable, Tamil Nadu FM says ahead of budget 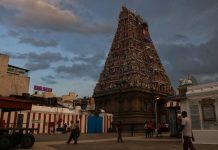 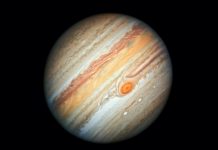