New Delhi: A growing chorus of architects, heritage experts and historians have criticised the IIM-A’s decision to demolish 14 dormitories that were designed by legendary American architect Louis Kahn.

Kahn, who is known as an exponent of exposed-brick architecture, conceptualised and built 18 dormitories within the Ahmedabad campus of the Indian Institute of Management (IIM) in 1974 and according to Director Errol D’Souza, 14 of these will be destroyed since they are “unsafe for living”.

However, many organisations and individuals — both within the country and abroad — have written to the institute, urging the management to reconsider the decision.

Most of them have highlighted the need to conserve such historic buildings and underlined the importance of preserving cultural heritage.

When ThePrint reached IIM-A’s communications team for a comment via text message, a member said no further steps have been taken by the management on the decision.

In a letter Sunday, Members of the International Council on Monuments and Sites, an advisory body to UNESCO, underlined the importance of adopting a conservation-centric approach when dealing with such structures.

The three-page letter, addressed to Kumar Mangalam Birla, chairman of the Governing Council of IIM-A, brought together the observations and recommendations of more than 350 heritage professionals across the country.

“IIM-A, seems to be grappling with a dilemma of “Conservation vs Redevelopment”, choosing between one or the other. Conservation today is understood as being an integral part of all development activity and is the major driver of future plans for highly significant areas and groups of celebrated buildings such as the IIM-A campus,” the letter read.

The council suggested putting the demolition plans on hold till all conservation-related aspects were examined by a team of national and international experts.

It added that the management should also prepare a ‘Comprehensive Conservation Management Plan’, in a scientific manner, “to address issues of future development and upgrading IIM-A infrastructure”.

“ICOMOS India will be pleased to offer technical guidance and advice through the conservation experts of ICOMOS India’s National Scientific Committees of Twentieth Century Heritage and Analysis and Restoration of Structures of Architectural Heritage among others,” the letter added.

Also read: Edwin Lutyens’ Delhi is unique. India’s political class must not tamper with it

“Please reconsider this precipitous decision. Allow us the opportunity to speak with you and the IIMA board, so that options can be explored and this impending disaster can be averted,” they wrote.

On 17 December, William J.R. Curtis, a celebrated British architectural historian, also wrote a letter to D’souza expressing his concerns about the demolition plans.

“In my view this would constitute an act of cultural vandalism which will hang around the neck of your institution for ever…,” he wrote.

Curtis added: “You are the temporary custodians of a work of universal patrimony. Please protect it and pass it to our future generations.”

He also called the decision “nihilistic” in his letter and said that he abhorred the idea of setting up “lesser buildings” in their stead.

Indian architect B.V. Doshi, a Padma Bhushan awardee and designer of the IIM Bangalore campus, also expressed his displeasure over the decision. Similarly, Professor Vishaan Chakrabarti, a US-based architect and professor at the University of California, Berkley, asked the IIM authorities to not take the decision “unilaterally” and instead urged them to show “sensitivity with all the significant structures”. 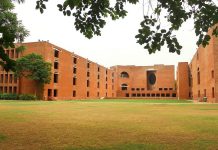 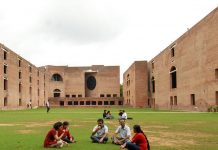 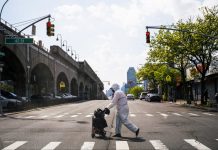 Conspiracy theories made a comeback during Covid, but you can stop their viral spread