New Delhi: When the Indira Gandhi government imposed Emergency at midnight on 25-26 June 1975, the role of the foreign press became important in the country as most Indian newspapers and magazines became victims of ruthless censorship for the next 21 months.

To a large extent, it was left to the foreign press to highlight the pro-democracy movement that emerged to counter the draconian measures taken by the Indira Gandhi government. Interestingly, the dispatches from foreign journalists posted in Delhi repeatedly highlighted the role played by the Rashtriya Swayamsevak Sangh (RSS) in the movement to restore democracy.

The Economist wrote on 24 January 1976, in an article titled Yes there is an Underground, “In formal terms, the underground is an alliance of four opposition parties: The Jana Sangh (the RSS’ political wing), the socialist party, the breakaway fraction of the Congress party and the Lok Dal.

“But the shock troops of the movement come largely from the Jana Sangh and its band affiliate RSS, which claim a combined membership of 10m (of whom 80,000, including 6,000 full-time party workers, are in prison).”

It further mentioned specifically that two of the top four leaders that were running the underground movement were from the RSS and the Jana Sangh. They were: Dattopant Thengadi, a senior RSS pracharak, and Dr Subramanian Swamy, who was then, as now, a member of the Rajya Sabha.

“The day-to-day activities of the movement are directed by a four-man committee which meets three times a week, sometimes in Delhi, sometimes in Bombay, Madras, or Ahmedabad and sometimes on a train in between the cities. The top man on the committee is Ravindra Verma, a former Congress member of Parliament from Kerala who is now a member of the opposition Congress. The other three are D.P. Thengadi, a trade union leader, S.M. Joshi a former socialist MP and Subramanyam Swamy (sic),  a Jana Sangh member of the upper house.”

In another dispatch, as reproduced in the underground journal Satyavani on 26 June 1977, The Economist wrote: “The underground campaign against Mrs Gandhi claims to be the only non-left wing revolutionary force in the world, disavowing both bloodshed and class struggle. Indeed it might even be called right-wing since it is dominated by Jana Sangh and its banned cultural affiliate the RSS but its platform at the moment has only one non-ideological plank — to bring back democracy to India.”

It added, “The truth of this operation consists of tens of thousands of cadres who are organised down to the village level into 4-man cells. Most of them are RSS regulars… the other opposition parties which started out as partner in the underground have effectively abandoned the field to the Jana Sangh and the RSS. The function of the RSS cadre network… is mainly to spread the anti-Gandhi word. Once the ground is prepared and political consciousness raised, so the leaders are ready, any spark can set off the revolutionary Prairie fire.”

In an article titled India is as Indira Does in The New York Times Magazine on 4 April 1976, American journalist J. Anthony Lukas busted the Indira government’s propaganda against the RSS, which was banned immediately after the Emergency kicked in.

“The Rashtriya Swayamsevak Sangh, commonly known as the RSS, are a tightly disciplined band of volunteers between the ages of 12 and 21, but they can hardly be called ‘troops’. Pictures of material seized from the RSS offices after the Emergency primarily show long wooden staves and wooden swords,” he wrote.

“I asked Om Mehta, a Minister of State in the Home Ministry, about this and he replied vaguely, ‘There were some metal swords too.’ Even with some metal swords, I asked, how could boys with staves pose much of a threat to a superbly equipped army of about one million men, the Border Security Force of about 85,000 the Central Reserve Police of about 57,000 and some 755,000 state policemen. ‘Well,’ Mehta said, ‘there were undoubtedly some rifles.’ ‘Did you seize any?’ I asked. ‘No,’ he said. ‘They probably kept them at home. Don’t underestimate these people’s capacity for mischief’.”

During the Emergency, many RSS workers went underground and crossed over to Nepal to evade arrest in India. The Guardian wrote in an article dated 2 August 1976, titled The Empress Reigns Supreme, “Reports from Kathmandu say that the Nepalese government has rejected appeals from the Indian police to arrest and intern members of the Indian underground.

Quoting the then Indian Home Minister about his views on the RSS, the same article stated, “‘The RSS continues to be active all over India,’ Brahmanand Reddy, the Indian Home Minister, said recently… ‘It  has even extended its tentacles to far off Kerala in the South’.”

Commenting on the role of communists, the article added, “…Pro-CPI (Communist Party of India) journals in India are being given some latitude by the censors because the party is in favour of even stronger measures to suppress the non-communist opposition.”

The New York Times reported on 28 October 1976, “The only political parties which are supporting Congress Party of the government in the actions that it is taking are the Communist Party of India, the pro-Moscow Communist party and the Moslem League.”

All quotes from the international media outlets have been sourced from The Press She Could Not Whip: Emergency in India as reported by the Foreign Press, edited by Amiya Rao and B.G. Rao, and first published by Popular Prakashan in 1977, and The Smugglers of Truth, edited by Makarand Desai and published by The Friends of India Society International in July 1978 (it compiled articles published in Satyavani) 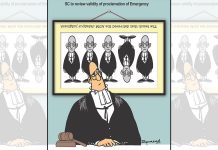 Supreme Court on Emergency, and Kejriwal’s prep for 2022 UP polls 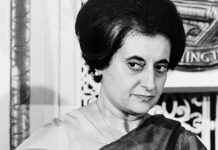 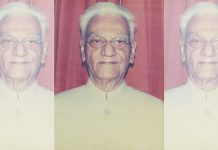