New Delhi: No stopping of pensions on any pretext, no sudden disciplinary inquiries, and no digging up of old cases for a period of one year after elections in states — these are some of the protections the Election Commission (EC) of India is considering to ensure that chief electoral officers (CEOs) are not harassed by state governments for performing their duty.

According to sources in the commission, there have been several cases where CEOs have been harassed by state governments for conducting elections fairly.

“Disciplinary proceedings are initiated against officers, their pensions are stopped or some old vigilance cases are pulled out against the officer for penalising him for objectively conducting the election,” a senior official said. “This needs to stop, and for that, the EC is going to write to the government soon.”

Similarly, the EC may seek to ensure that no undue favours are extended to an officer until a year after the election, to reward them for favourable decisions during the polls, the official added. Sources said the commission will write to the law ministry, and the legal modalities of the proposal will be worked out.

CEOs oversee the conduct of elections in states — to the Lok Sabha, Rajya Sabha and legislative assemblies (and councils where they exist) — under the superintendence and direction of the EC.

The situation of CEOs is precarious since they serve under the control of the state governments even as they have the responsibility to conduct fair elections in the same state without any pressure.

While no action can be taken against them or any other officer as long as the Model Code of Conduct (MCC) is in force, they are subject to decisions of the state governments at other times. State governments need the permission of the EC to transfer a CEO, but there are other ways in which officers can be harassed, say insiders.

E.A.S. Sarma, a former IAS officer from Andhra Pradesh who has routinely raised the issue, said, “During the elections, the CEO is under the EC, so there is no problem, but after that, they are extremely vulnerable.”

He added, “There must be protection granted to CEOs for at least a year. Routinely, CEOs are transferred 3-4 months after elections, inquiries are started against them.”

In 2017, for example, the Andhra Pradesh government initiated disciplinary action against former CEO Bhanwar Lal on the day of his retirement for allegedly not paying a penalty of over Rs 4 lakh for unauthorised stay in government quarters years before. Several officers had termed the action “harassment”.

Sarma, who threw his weight behind Bhanwar Lal, had then written to the then Chief Election Commissioner A.K. Joti, seeking the EC’s intervention. “In my view, the commission should intervene in this matter and safeguard the interests of Bhanwar Lal, as otherwise the electoral officers dealing with the states may hesitate in the future to be objective in protecting the integrity of the election process,” he stated.

The same year, the Election Commission sent a letter to the Bihar government asking it to withdraw a show cause notice issued against then CEO Ajay Nayak over alleged negligence during the Kosi floods of 2008. Nayak was principal secretary in the state’s water resources development at the time of the floods.

The EC, which “suspected political vendetta” in the case, told the Bihar government that, according to Section 13CC and 28A of the Representation of the People Act, all the CEOs are under the disciplinary control of the EC, and no action can be taken against them without the concurrence of the poll panel.

Again, in 2017, the EC asked the Manipur government to withdraw a show cause notice issued to state CEO V.K. Dewangan for allegedly delaying the clearing of appointments in the election department, and putting the recruitment process on hold till the assembly elections were concluded. The Manipur government withdrew the notice after the EC’s intervention.

Also Read: 2019 Lok Sabha polls couldn’t have been fairer as far as Election Commission is concerned 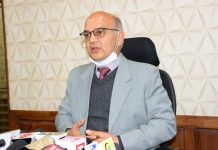 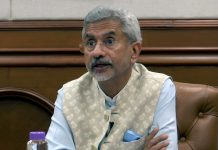 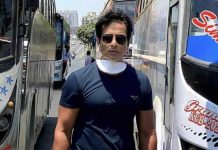