According to a notification issued Monday by the Department of Personnel and Training (DoPT), an amendment has been brought to the Central Civil Services (Pension) Rules, 1972, which states, “no Government servant, who having worked in any Intelligence or Security-related organisation included in the Second Schedule of the Right to Information Act, 2005, shall without prior clearance from the Head of the Organisation, make any publication after retirement” of material relating to the domain of the organisation, reference or information about any personnel, and expertise or knowledge gained by virtue of working in that organisation.

Further, retired officers have been barred from publishing “sensitive information, the disclosure of which could prejudicially affect the sovereignty and integrity of India, the security, strategic, scientific or economic interests of the State, or relation with a foreign State or which would lead to incitement of an offence.”

The notification adds that the head of the organisation will have the authority to decide as to whether the proposed material for publication is “sensitive” or “non-sensitive”.

ThePrint has accessed a copy of the notification.

The pension of the officer concerned can be stopped if they do not comply with the directions, it further states.

According to the notification, the rules have been made by the President of India under Article 309 of the Constitution, which empowers the President “to make rules regulating the recruitment, and the conditions of service of persons appointed, to such services and posts”.

Also read: Operation Eagle — The 1971 mission by RAW and Tibetan SFF that has no official record

While it is for the first time that prior permission for retired officers seeking to comment on matters pertaining to their work has been mandated by the government, there have been efforts to deal with the issue of sensitive information being divulged by retired officers before as well.

The All India Service (Conduct) Rules, 1968 state, “Greater care/discretion should be taken about the provisions of the Official Secrets Act, 1923, while giving permission to serving/retired officers to publish books/articles.”

“It has been brought to the notice of the Government that some retired officers have published books/articles, which revealed sensitive information on certain operations pertaining to the security of the State/having a bearing on the sovereignty and integrity of India,” the Rules state. “It has also been noted that such disclosures are not only likely to embarrass the Govt. and the officers concerned, whose names has been revealed, but they are also likely to perilously affect cordial and friendly relations with foreign States.”

According to the rules, competent ministries are required to “very carefully and critically review such instances and ensure that necessary follow-up action as envisaged in the Official Secrets Act, 1923/relevant Pension Rules governing the conditions of pension of retired Govt. servants, are taken in time, as and when necessary.”

In 2008, the UPA government had brought in similar rules which mandated retired officers to seek permission from the head of their departments if they were to publish any material “the disclosure of which would prejudicially affect the sovereignty and integrity of India”. This rule has now been expanded to any information whatsoever.

“Earlier rule gave officers some wiggle room to work around them, but the new rules say you can practically not write anything without prior permission,” a former Union secretary said on the condition of anonymity.

(The report has been updated to add information about a similar rule that was brought in by the UPA in 2008.)

Also read: Indira Gandhi faced a threat when she visited a New York gurudwara in 1982 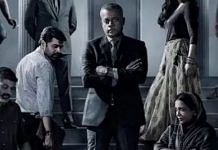 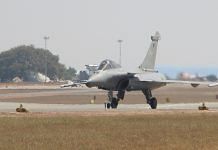 Modi govt needs to learn from US, France. India’s defence industry needs a push for private