New Delhi: Despite attempts by the Union Public Service Commission (UPSC) to increase the educational diversity of candidates selected through the civil service exam, the number of engineers becoming civil servants has remained disproportionately high — nearly 60 per cent in the last two years.

Data accessed by ThePrint shows that of the 428 civil servants of the 2020 batch who have gone to the Lal Bahadur Shastri National Academy of Administration (LBSNAA) in Mussoorie for training, 245, or 57.25 per cent, are engineers. Eight others have engineering-plus-management backgrounds. There are only 84 civil servants in the batch from an arts background, accounting for 19.6 per cent of the intake.

In the 2019 batch, of the 325 total civil service trainees who went to LBSNAA, 191 or 58.7 per cent were engineers. Another 10 had engineering-plus-management backgrounds. There were 52 qualified candidates with an arts background — 16 per cent of the total strength.

Even the year before that, the number of officer trainees at LBSNAA with engineering or B.Tech. backgrounds were 73 and 138, respectively, together constituting 57.4 per cent of the total intake of 367 officers.

“Those from an engineering background have continued to dominate. Sometimes, the numbers go marginally up or down, but there is no major change in the trend of engineers coming into the civil services,” said LBSNAA director Sanjeev Chopra.

Also read: ‘No scam’ — this is why UPSC always recruits fewer candidates than posts notified

The trend of civil servants from engineering backgrounds has continued even as the UPSC has sought to “normalise” the difference between those going for technical subjects like mathematics or physics and those taking up humanities like sociology or geography as optional subjects.

Since the scoring in the optional subject can vary widely, the UPSC, through a closely guarded formula, minimises the difference in scores.

“Over the years, the UPSC has been trying to make sure that candidates who choose humanities subjects are not put at a disadvantage, by normalising the scores across subjects, yet the number of engineers is very high,” said a teacher at the Shri Chaitanya IAS Academy.

“But because they have to study way more for maths or physics, engineers themselves take up humanities as the optional subject. So, just because the UPSC is trying to normalise scores doesn’t mean that the representation of liberal arts students will go up,” said the teacher, who did not wish to be named.

“In the last five years or so, the engineers who have cracked the exam have all taken humanities subjects. But the point is that UPSC scores candidates on the basis of ‘model answers’. The ability of those with engineering degrees to reproduce these model answers is still higher than those with humanities backgrounds, who, even with a better understanding of the subject, are unable to give ‘model answers’,” the teacher explained.

Candidates and coaching centres estimate that the gap between mathematics and optional subjects under the humanities umbrella until last year was over 100 points, with those in mathematics scoring up to 400, and those in subjects like geography, sociology scoring up to 280 points at best. However, this year, the highest score in mathematics is 343, with the scoring gap to humanities subjects shrinking to about 40 points, the teacher from the Shri Chaitanya IAS Academy said.

Aspirants who took the civil service exam in 2019 also say the gap between scores in different optional subjects has come down significantly this year.

Candidates who have been taking the exam for a few years now say the gap in scoring between the subjects used to be about 200 points until a few years ago, with those taking humanities subjects barely scoring 180-200 points.

A formula shrouded in secrecy

UPSC officials, both serving and retired, say the “normalising” formula that seeks to bring in some parity in marks has existed for several years, but it will not be divulged even under the Right to Information, because revealing it would diminish the sanctity of the UPSC exam.

Satyanand Mishra, former secretary, Department of Personnel and Training (DoPT), said: “When I was the secretary, several RTIs came to us regarding this formula, but the UPSC never divulged it. It was the right stand, because it is just a formula devised by experts… It can be challenged in the courts by those who see themselves at a disadvantage, and lead to unending litigation. That would just impede the examination and recruitment process.”

There are other reasons for the existence of the formula too, apart from normalising scores.

“Answer sheets of candidates are distributed across different examiners. Now, one person may be more generous than another in awarding marks. So, there is a scientific formula by which these marks are normalised,” Mishra continued.

“And then of course, there is this disparity between humanities and non-humanities subjects. Over the years, it was felt too many engineering students were coming into the services. There will always be a difference between descriptive answers and non-descriptive answers, and this formula is used to normalise the inherent difference,” he added.

Gurbachan Jagat, former chairperson of the UPSC, also said: “A very fair formula exists, which has been scientifically arrived at. It existed even when I was there (from 2002-07), but I think the formula has evolved over the years, and the gap (between marks) has consistently shrunk.”

He added, “Even as the UPSC chairperson, I was not privy to the formula, but I knew that it was an extremely fair one, which did not put anyone at a disadvantage.”

A serving government official in the know, who did not wish to be identified, said: “The UPSC has been trying to ensure parity for many years now… Students should not conjecture, and simply choose the subjects they are interested in. The scaling of scores should not be a factor for them.”

Asked how the UPSC carries out the scaling, the official said it is a scientific formula, but it is the “intellectual property” of the UPSC and cannot be shared publicly.

Backing of the courts

The UPSC has even maintained this stand in front of the Supreme Court, and won its approval.

In 2018, in a petition filed by candidates seeking transparency regarding cut-off marks for every subject, scaling methodology, model answers and complete result of all candidates, the Supreme Court observed that declaring raw marks, as submitted by the UPSC, will cause problems such as non-appreciation of marking standards, dilution of faith and credibility in the system, and subsequent challenges to the system’s integrity, including through litigation.

In 2007, in a case regarding the disclosure of cut-off marks for the optional subjects as well as for general studies of the Civil Services (Preliminary Examination), 2006, the UPSC had told the Delhi High Court that the information was in the nature of crucial secrets, and constituted the intellectual property of the UPSC within the meaning of Section 8(1)(d) of the RTI Act, and that there was there was no public interest requiring the disclosure of such information.

However, in the same case, advocate Prashant Bhushan had argued that the formula of the UPSC had been revealed to the Supreme Court in 2002, when the commission had reportedly said the commission was following “a linear method for its examinations”, based on “the Normalised Equi-Percentile (NEP) method for the optional objective type papers”, for normalisation.

This uncertainty of marks in optional subjects is seen as something that takes away the level playing field in the civil service exam, and the Baswan committee set up in 2016 to recommend reforms for the UPSC had suggested removing the optional paper altogether for precisely this reason. 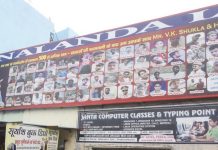 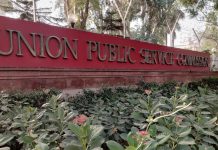 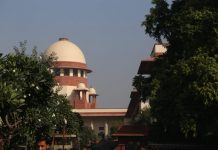