The two men in the family stepped out sometimes for work but the women were totally confined to the hut.

As a result of the prolonged self-isolation, the women ended up malnourished.

The family, living in Kadali village in Razole Mandal, has two men — 50-year-old John Benny and his 29-year-old son Chinababu, who ran a cycle-repair shop in the village — and three women — Benny’s wife Ruthamma (45), and two daughters, 30-year-old Kanthamani, and 32-year-old Rani.

On Monday, the three women were admitted to the Razole Government Hospital.

In a statement, the hospital superintendent Dr Prabhakar Rao said the women had vitamin deficiencies — primarily Vitamin D (due to lack of exposure to the sun) and B-complex. Their haemoglobin levels were as low as 4 grammes per decilitre (12.3-15.3 gm/dl is considered normal in women). They were also psychologically depressed, he added.

Speaking to ThePrint, village sarpanch Choppala Gunanadh said the family got scared after a woman in the neighbourhood allegedly succumbed to Covid in March last year. Since then, the women stopped stepping out or meeting anyone fearing they would face the same fate.

The incident came to light when a village volunteer went to meet the family to alert them about them being beneficiaries of a government housing scheme. The family refused to meet the volunteer and said they would die if they would come out, the sarpanch claimed.

As part of revival of the Panchayat system functioning in the state, Chief Minister Y.S. Jagan Mohan Reddy has set up village-level secretariats and village volunteers for every 50 houses in the village.

Also read: Has Covid exposed limitations of ‘secretive’ ICMR? Some experts think so

‘Their features were all changed’

According to Gunanadh, the family had been living this way for almost 15 months.

“A few of their relatives told us that they have not been stepping out and are almost on the verge of dying. So, we alerted the police and when we called them out, the women were in a very bad shape,” Gunanadh told ThePrint.

“It looked like they did not take a shower, their features were all changed. I think they could have died. Even when ASHA workers used to go, previously, they never used to respond to them. They probably hid in the hut…,” he added.

However, the unusual part is that while the men stepped out for work and sometimes picked up groceries, the women never stepped out and were not seen outside even once. The men, too, cut down on venturing out ever since the second wave started.

It is still unclear why the men let the women confine themselves to such an extent.

The family mostly survived on the limited food that they could get when the men stepped out and the situation deteriorated when they were out of food. The sarpanch pointed out that they, sometimes, took the ration from the village volunteers but refused meeting them fearing that they would be infected.

“When it rained, they covered their hut with a tarpaulin sheet and they stayed inside despite the hut leaking. They even defecated inside their huts,” Gunanadh said.

Dr Prabhakar Rao said the family just survived on food that was given to them and stopped preparing their own.

“This was a homeless family… and they got into this excessive thinking that stepping out would give them Covid, which pushed them to do this. We had to counsel them and then send them to hospital,” Razole sub-inspector B. Krishnamachary told ThePrint.

However, Benny told reporters that the women were not taken to the hospital earlier due to lack of money. The women agreed to go to the hospital only after they were told that the situation could be fatal. 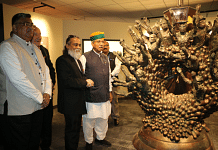 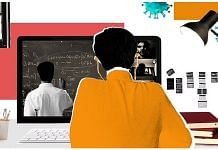 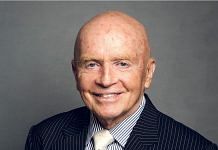