New Delhi: India’s anti-money laundering agency is examining if Binance Holdings Ltd. had a role to play in an ongoing investigation involving betting apps, according to people with knowledge of the matter.

The Enforcement Directorate has summoned Binance executives for questioning and is awaiting a response, the people said, asking not to be identified as the matter is under investigation. India is probing betting apps run by Chinese operators, which collected more than 10 billion rupees ($134 million) over the past 10 months, for allegedly laundering part of the money through the WazirX cryptocurrency exchange. Binance acquired WazirX in 2019.

Incorporated in the Cayman Islands without any corporate headquarters, Binance has been facing regulatory crackdown as nations intensify scrutiny of the industry amid concerns that cryptocurrencies are being used to conceal proceeds of money laundering, drug dealing and terrorism.

The operators of the apps used wallets with WazirX for buying, converting and transferring the money to wallets on Binance’s platform, the people said. The enforcement directorate has already issued a show-cause notice to WazirX over alleged contravention of foreign exchange management rules in transactions involving cryptocurrencies worth 27.9 billion rupees.

An enforcement directorate spokesperson didn’t respond to calls. A Binance representative didn’t have an immediate comment on the issue. 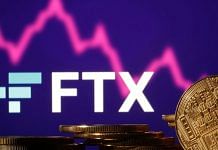 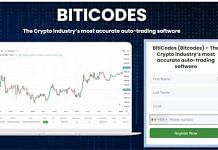 Biticodes AI- Trading Software: Is It A Scam?