New Delhi: Delhi Deputy Chief Minister Manish Sisodia Thursday said he has written to Union Health Minister Mansukh Mandaviya saying that without a proper probe, it is difficult to ascertain if any oxygen-related death happened during the second wave of coronavirus.

Sisodia said the Delhi government had formed a committee to probe the deaths and prepare a report so that the affected families can be given a compensation of Rs 5 lakh each.

“But through the LG (Delhi’s Lieutenant Governor), the Centre did not allow that committee to be formed. We are sending the file again to the Delhi LG for approval. We will carry out the probe with full responsibility and even punish those who were guilty,” he told the media in an online briefing.

Delhi has recorded over 25,000 fatalities due to the infection, he said, adding it will have to be probed how many of these were linked to the oxygen crisis during April and May.

“We cannot say that there was no oxygen crisis. The families of patients, hospitals were sending out SOS messages for help at that time,” he said. 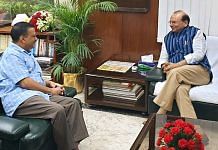 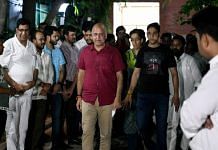