Seven years on, when the last building of the campus was completed, the Canadian couple found out that there had been an alleged land fraud — the land the church purchased for the school was prohibited ‘assigned land’ allotted by the state government to the landless poor.

Since then, the Corbetts have unsuccessfully knocked the doors of the church administration, the local police, the Andhra Pradesh chief minister’s office as well as the Andhra Pradesh High Court, struggling to get the alleged wrong undone. The couple, both 71, say it is more than “just a moral issue” for them — they want restitution for the residents who they say were “swindled” out of their lands, criminal prosecution of those who were involved in the fraud, including any government officials, and a refund of their donation, among other objectives.

Despite a formal complaint, there has been no police investigation so far. The chief minister’s office under former Andhra CM Chandrababu Naidu had asked the district collector’s office to look into the issue, but the Corbetts haven’t heard back from it. Meanwhile, Rita Corbett’s petition is still in court, waiting for a second hearing.

“It was our first charitable contribution to India and we were really excited about it. I planted palm trees at the spot with my own hands. We wanted to build an exemplary campus,” Grant Corbett, an orthodontist, told ThePrint.

Rita, a public health nurse, added: “We would go to the village every year and meet people who were to benefit from the project. My husband would hug the villagers and play with their babies. It distresses me to speak negatively of my experiences in India. I was loved almost excessively while there… I am so sorry this blight has occurred, but it is in love that we feel must try to repair things.”

Besides the $1.5 million (about Rs 8.5 crore at today’s exchange rate, approximately Rs 6.6 crore at the 2009 exchange rate) donation, the Corbetts spent another million Canadian dollars in personal expenses associated with the project.

The Corbetts have been associated with philanthropic activities nearly all their lives. Rita grew up in a missionary family and has conducted anti-smoking awareness programmes in Africa and served as a maternity, surgery and infectious disease nurse at an SDA mission hospital and school in Malawi, eastern Africa, she said. Rita has been associated with the SDA Church since 1993.

Some of the Corbetts’ previous charitable activities include donations for dental and health clinics in Haiti, Panama and Honduras, as well as towards schools in Kenya. They are now working with REACH International, a non-government organisation. The couple has four adopted children.

The Corbetts got involved with the Hope Centre project while assisting with a health education programme in Andhra Pradesh in 2009. “The church leaders there told me their greatest need was for a permanent church-based development of land and buildings, as they were spending money just to rent facilities. That’s how the project was born,” Rita said.

According to the Corbetts, about 90 per cent of the donation came from their personal income, while the rest was contributed through small donations by other members of the SDA Church. “Grant delayed his retirement by five years to fulfil our financial commitment,” Rita said.

The church and the Hope Centre

The SDA Church is a Christian protestant denomination headquartered in Maryland, United States. The church’s Southern Asia Division, which has 1.9 million members according to its website, looks after its activities in India, running several day schools, boarding schools, children’s homes, colleges, nursing schools, hospitals and clinics across the country through its smaller regional centres known as unions.

Hope Academy is one such day school at the ‘Hope Centre,’ a campus built with the Corbetts’ donation on a five-acre plot.

While the Corbetts haven’t visited India since 2016, they say there is plenty of email correspondence, pictures as well as anecdotal evidence to suggest that the Hope Centre is currently in a state of disrepair.

The school has, however, been functioning since 2017, and has 280 students enrolled, attending classes from nursery to the eighth standard, according to information obtained through the school helpline number.

Other than a school, the Hope Centre also has a conference centre, training centre, offices and staff residences. The ‘Hope Centre’ falls under the SDA Southern Asia Division’s East Central India Union.

When ThePrint contacted John Victor, president of the East Central India Union, he refused to comment on allegations of irregularities in the land purchase.

“The Hope Centre campus is headquarters for 630 churches in the Prakasam, Nellore and Chittoor districts in Andhra Pradesh. Beyond that, I don’t want to make any comment,” Victor said.

Ezras Lakra, president of the Southern Asia Division, who was marked on the email, neither responded to the email nor ThePrint’s follow up phone calls and text messages.

There are two types of documents to show the transfer of the land to the church. First, there was a gift deed dated 30 April 2009, according to which, Dasari Lakshmi Narsaiah, Kandula Raja Rao, and Athuluri Ramanamma — all residents of Valluru village — gifted the three land parcels falling under survey numbers 458/2 and 458/3 to the Southeast Andhra Section of the Seventh Day Adventist Church.

This was followed by three sale deeds, all dated 19 June 2009, for the same three land parcels for which the gift deed was earlier executed.

The three sale deeds were executed between the same three residents of Valluru village and India Financial Organisation, a company affiliated to the SDA Church. According to the sale documents, the three land parcels were purchased for Rs 21.87 lakh.

ThePrint has copies of the gift deed as well as the three sale deeds.

However, the land survey numbers 458/2 and 458/3 fall under “prohibited properties”, according to the Andhra Pradesh Assigned Lands (Prohibition it Transfers) Act, 1977.  The law states that these are plots that the government assigns to the landless poor.

Prabhakara Reddy, revenue divisional officer for the Ongole division, under which the Valluru village falls, said: “Assigned land cannot be sold and under no circumstances is the landowner allowed to use it for non-agricultural purposes. If an assigned land is found to be sold, we can issue a notice to the party and resume the land to the government.”

However, Reddy added: “We haven’t received any formal complaint about the Hope Centre project.”

While any transaction involving assigned lands is prohibited by law, there have been several instances in the state where such land has been sold. The Andhra Pradesh government is currently probing how several prominent politicians, including former CM Chandrababu Naidu, who were privy to the information about the new state capital, Amaravati, purchased 4,070 acres of land in violation of the Assigned Lands Act.

A pastor associated with the South East Andhra Section of the SDA Church, who did not wish to be named, claimed: “The church authorities purchased the land at a cheap rate from a farmer. The land was fallow and not productive, and the farmer needed the money. Because I raised my voice, I got transferred to a remote town within Andhra Pradesh.”

Even as the Andhra Pradesh Registration and Stamps department website lists the Hope Centre land as “prohibited properties”, the sale deeds for the plots state that “the vendor affirms…the land hereby sold is not an assigned land with the meaning of the AP Assigned Lands (Prohibition of Transfer) Act”.

The Corbetts allege that government officials too were in on the “land grab”. Their petition in the Andhra Pradesh High Court states: “It is a case of land grabbing by the respondents in collusion with state authorities and is a scam of mammoth proportions.”

The petition, dated 21 June 2019, adds: “…such illegal acts would rather leave an unfortunate impression about Indians abroad…”

Rita Corbett, who visited the site every year from 2008 to 2016, said it was in mid-2016 that she sensed something was wrong, when a local SDA treasurer indicated there was a “small land issue” at the Hope Centre.

The Corbetts say local SDA officials dodged their questions. “We then reached out to higher levels of church officials in India and the United States, to no avail,” Rita said. Subsequently, the Corbetts hired a lawyer to look into the issue, help them discover the irregularities in the land acquisition and get hold of official documents.

The project had also received two notices from the Valluru gram panchayat — one in 2015 and the second in 2018 — warning of legal action for constructing buildings without panchayat permission.

The Corbetts said they first tried to get some answers on the alleged irregularities in the project from all levels of the SDA church within India and the United States. The US-based headquarters also conducted a short audit on the project, but the Corbetts are yet to receive a report.

“Despite a written agreement between the church and the donor group that grants us access to records, we have never received anything. The General Conference Auditing head Paul Douglas told the donor group in October 2019 there was not sufficient evidence to do more research,” Rita said.

The Corbetts have also alleged that there are more such cases where the SDA church in India has allegedly misused funds from Western donors.

“Since we started speaking out at public meetings and through SDA-focused publications, we have been contacted by Western donors involved in other projects with the similar fact pattern as the Hope Centre. So far, we have been informed of at least 17 cases of alleged fraud involving 80 properties and buildings in India,” Rita said.

In 2018, the Corbetts approached then-CM Naidu through their lawyer, Abhaya Kashyap, in a letter dated ‪16 October, urging his office to take action.

On 28 March 2019, A.V. Rama Prasad, an officer on special duty with the state government, asked the Prakasam district collector to examine the complaint and submit an action taken report, treating the matter as “most urgent”.

District Collector Pola Bhaskar did not respond to ThePrint’s calls, text messages and an email containing the above mentioned letter for reference.

The Corbetts haven’t approached Y.S. Jagan Mohan Reddy, the current Andhra Pradesh CM, who took over the chair from Naidu on 30 May 2019.

Just two days before that, on 28 May 2019, the Corbetts filed a criminal complaint with the police through a representative in Delhi, and had to approach the court to get the police to register an FIR. The Tangaturu police station, under whose jurisdiction Valluru village falls, eventually registered an FIR, a copy of which is with ThePrint. The FIR, dated 2 September 2019, names members of the church administration on charges of misappropriating funds, cheating, forgery, giving false evidence and criminal conspiracy.

An officer with the Tangaturu police, who did not wish to be named, said: “The complaint was sent to us by post from Delhi. The complainant is not available here and has not submitted original documents, so the investigation has not started. Now due to Covid, things have slowed down, but we will start with the investigation after we can meet the complainant and get the original documents.”

On 20 June 2019, Rita also filed a petition in the Andhra Pradesh High Court against 12 respondents, including the state of Andhra Pradesh, government officials from the level of special chief secretary to the panchayat secretary, as well as office-bearers of the church.

“There was only one effective hearing on 21 June 2019, and a notice was issued. But, there has been no response from the state till date,” said Rita’s advocate Abhaya Kashyap. 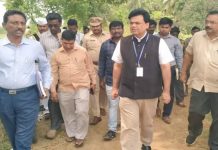 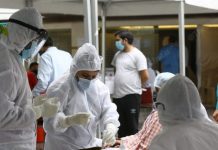 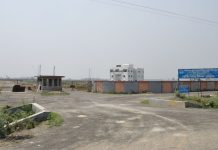