New Delhi: In early September, Haryana’s Chief Minister Manohar Lal Khattar tweeted in praise of the youngest woman sarpanch of the state saying that the daughters of Haryana have incredible strength, determination and passion to achieve their goals through their voice and actions. Since then, Parveen Kaur, who became the sarpanch of Kakrala Kuchian village in Kaithal district at the age of 21 in 2016, has been widely discussed on social media.

“My tenure as a sarpanch will come to end in January 2021, but I believe that my biggest achievement during these five years is that I was able to inspire the girls of my village to come out and do something worthwhile. Today, many girls are thinking about becoming sarpanch,” Parveen told ThePrint.

As sarpanch, Parveen set up CCTV cameras for women’s security, water coolers, solar lights and a library in the Panchayat Ghar for children up to Class 8. Her work has been honoured by Prime Minister Narendra Modi on Women’s Day in 2017, and the Haryana government has also felicitated her on several occasions.

A look at Parveen’s journey

Ahead of the January 2016 Panchayat elections, the Haryana government had set basic educational qualifications for candidates. Women from the general category were required to have passed Class 8, while for Scheduled Caste women, the bar was set at Class 5. In the case of men, these qualification criteria were fixed at Class 10 (general) and 8 (SC) respectively. The state government’s decision was opposed at several levels. However, for Parveen this decision turned out to be favourable.

Parveen’s father was able to study until the 12th grade, after which he started working as a contractor in the electricity department. Her mother is a homemaker. Due to lack of road and bus transport facilities in the village, her family left in 2006 to live in Cheeka, about 30 km away. Her younger brother now has a job in a bank and her younger sister is studying for her graduation.

“But my dream was to become an engineer, so I had taken admission in Kurukshetra University. In the last five years, I have studied five days a week and dedicated the remaining two days for the village,” she said. The village has around 1,200 voters.

“The post of sarpanch in my village for this term was reserved for a female. There was no other educated female candidate in the entire village, so the villagers unanimously elected me without any contest. My family and I had shifted to the city for study, but still there was a close connection with the village and I worked with full dedication,” she added.

She gives credit to her father as well as the villagers, saying, “Of course my father and others helped a lot. I did not want to drop out from university, and it was thanks to active support from everyone that I was able to do some good work.”

In 2016, 2565 women were elected as sarpanches across Haryana. However, despite a reservation of 50 per cent seats for women in panchayats, many of the elected women are confined to the role of dummy candidate. They are unable to even attend the block-level meetings. Important decisions related to the village are often taken by their father-in-law, husband or brother-in-law.

Parveen believes the reservation for women in the panchayat system has helped, although it will take time for women to really come into their own. At present, Parveen is pursuing a web designing course from Chandigarh and wants to take up a job. 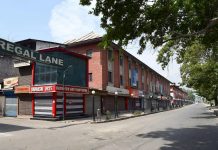 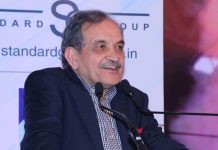