Jain, a former IAS officer, worked as a chief consultant at Kejriwal’s office.

According to a report in the news website The Wire, Jain’s contact number appeared in the leaked records in 2018, at a time when he handled most important files of the Delhi government. Jain, a 1984-batch DANICS officer and a 2001 IAS officer, was also marked as a “person of interest”.

Jain, who retired as the CEO of Delhi Urban Shelter Improvement Board (DUSIB), was appointed as Kejriwal’s advisor-consultant in September 2017.

His number appears in the records at a time when he was being questioned by the Delhi Police in connection with the alleged assault on the then Delhi chief secretary Anshu Prakash by two AAP legislators in February 2018.

Meanwhile, Rajeshwar Singh has been at the helm of many major investigations, including the Aircel-Maxis deal case involving former finance minister P. Chidambaram and his son Karti.

Also read: Opposition to media to Modi govt, Pegasus scandal has lessons for all

The global consortium of media organisations, which accessed a leaked database of the numbers, has been publishing lists of names those allegedly targeted by governments dealing with Israel’s NSO Group, which owns Pegasus.

Numbers of around 300 Indians feature in this database.

The leaked database of numbers was accessed by Paris-based media nonprofit Forbidden Stories and Amnesty International and shared with Le Monde, The Guardian, Washington Post, Die Zeit, Suddeutsche Zeitung, The Wire in India and 10 other Mexican, Arab and European news organisations as part of a collaborative investigation called the ‘Pegasus Project’.

Also read: Is my phone at risk? How the Pegasus spyware works 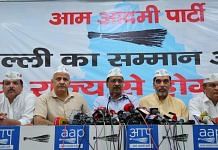 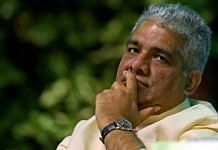 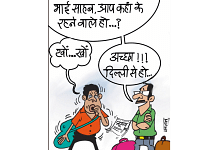