The leaders were responding to questions about why, of late, the Trinamool Congress has been missing from joint opposition unity events.

On Thursday, 11 opposition parties, including the Congress, NCP, DMK, Shiv Sena, Rashtriya Janata Dal, and Samajwadi Party, had assembled outside Parliament to protest against the monsoon session being adjourned two days ahead of schedule and the alleged manhandling of women MPs in the Rajya Sabha on the last day. The Trinamool Congress did not join the protest.

Later, the opposition issued a joint statement to condemn the way opposition leaders and members, including women MPs, were treated in Rajya Sabha Wednesday. Again, the Trinamool Congress was not a signatory to the joint statement.

“Trinamool does not believe in one-upmanship… it believes in unity. Throughout the session, the Trinamool has been working for opposition unity. When our leader Mamata Banerjee came to Delhi, she met Congress president Sonia Gandhi and Rahul Gandhi. So we have left nobody in doubt about our intention on opposition unity,” said Trinamool Congress Lok Sabha MP Saugato Roy addressing reporters.

However, Roy added that the Trinamool Congress’ position is different from other opposition parties.

Trinamool Congress fought the Bengal elections alone, faced the BJP onslaught alone and we are running the government alone, he said.

Roy made it clear that even though the Trinamool is totally for opposition unity, but at the same time the party deserves to be treated with respect.

“For any action, you cannot take it for granted that Trinamool will be joining. We shall take each approach for a joint action individually on a merit basis and that’s what we are doing.”

Speaking at the conference, Derek O’Brien, Trinamool Congress leader in Rajya Sabha, hit out at the ruling party for the way opposition leaders, including women MPs, were handled in Rajya Sabha Wednesday when they were protesting the passing of the General Insurance (Amendment) Bill.

O’Brien also questioned the way the opposition’s voice was throttled in Parliament during the monsoon session, when they were protesting over farm laws, rising fuel prices, and the Pegasus snooping controversy.

“It is our (the opposition’s) right to protest as we represent over 60 per cent of the people of the country. The NDA government won 303 seats, but got just 37 per cent of the votes. We are raising the issues concerning the people. How can this be called disruption?” he asked.

O’Brien also raised the issue of how the Lok Sabha has failed to appoint a deputy speaker for over two years. The deputy speaker takes over when the office of the Speaker is vacant or he/she is absent.

“Can’t they appoint somebody in two years? But they are not because they do not want anybody from the opposition to occupy the deputy speaker’s post. These are examples, the ruling party is trampling democracy. This is a sad event,” he said.

Also read: ‘Not what we wanted’ — why opposition rejected govt’s ‘debate offer’ on farmers in RS 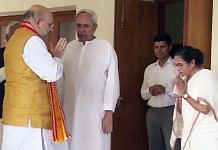 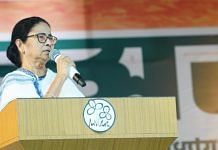