Lucknow: With the UP government taking a beating over its handling of the Hathras ‘gang-rape’ case, the Yogi Adityanath government Thursday brought in a new additional chief secretary (Information).

Awanish Awasthi, who was considered to be an officer close to Chief Minister Yogi Adityanath, was relieved from his posting at the Information Department (Media-Communication), and replaced by Navneet Sehgal.

Sehgal’s appointment is being viewed as a damage control measure, given his good track record through both Akhilesh Yadav and Mayawati’s tenures.

Sources in the government said CM Adityanath has been worried about how his government is being portrayed by the media, and apparently even raised the issue during a high-level meeting with top officials.

The UP government has been drawing flak over the incidence of crimes against women, the alleged gang-rapes in Hathras and Balrampur being the latest. Prior to this, the government was under pressure over the rape cases linked to Chinmayanand, a former union minister, and Kuldeep Sengar, a former BJP MLA.

Matters took a turn for the worse in the past week after a government official insinuated that a Twitter post on the Hathras case by a journalist was fake news.

“There have been too many lawsuits against journalists in UP during the last three years, and due to this, a large section of journalists is extremely upset with the government. In such a situation, this post being taken away from Avneesh Awasthi was inevitable,” said a source in the Chief Ministers’ Office.

Awasthi has retained his posting with the Home Department though.

Also read: ‘Drunk on power’ UP Police will break the system beyond repair

Navneet Sehgal, who has the charge of the Micro and Small Medium Enterprises (MSME) and Khadi Village Industries department, has now been given the additional charge of the Information department.

A 1988 batch IAS officer, this isn’t his first stint with the Information department; he worked here under both Akhilesh Yadav and Mayawati’s terms as chief minister.

In fact, Sehgal was considered to have been equally close to both of Aditynath’s predecessors. In UP’s bureaucratic circles, Sehgal is known to be a skilled crisis manager.

A retired IAS officer, who worked as principal secretary in the state government, told ThePrint, “Sehgal was a favourite and trusted officer in both Akhilesh and Mayawati’s government.”

When the Bahujan Samaj Party was in power, Sehgal was appointed chairperson of several key departments, including Power Corporation, Jal Nigam and the UP Industrial Development Corporation. Mayawati later entrusted him with the responsibility of the Information department.

In June 2011, when two journalists of a private channel were manhandled by the UP Police in Lucknow, leading to the media rallying against the Mayawati government, Sehgal managed to diffuse the situation by facilitating negotiations between journalists and the chief minister.

An associate who worked with Sehgal under the Akhilesh Yadav’s government, told ThePrint, “At the time of construction of Agra Expressway, the tender process was getting stuck in the trials at the Supreme Court. Sehgal played a crucial role in getting the cases dropped. After this, approximately 7,500 acres of land were acquired for Agra-Lucknow Expressway within the next six months. Following this, Akhilesh Yadav entrusted him with many important responsibilities during his tenure.”

However, when the Samajwadi Party (SP) initially formed the government, Sehgal was sidelined for some time in 2012. He was appointed principal secretary in the Dharmarath Karya department (Charitable Affairs Department), largely considered an unimportant role.

During this posting, Sehgal launched the Shravan Yatra programme and drew up plans to build the Kashi Vishwanath Corridor, leading to Akhilesh Yadav taking notice of him.

In 2014, Sehgal was appointed CEO of Uttar Pradesh Industrial Development Authority (UPDA), making him responsible for the completion of the Agra-Lucknow Expressway, a dream project of Akhilesh’s.

Sehgal was instrumental in branding all the important development projects during the SP government, including the Agra-Lucknow Expressway and Gomti River Front.

When the BJP government came to power in 2017, Sehgal was moved to the Khadi and Village Industries department as chairperson, and was additionally made principal secretary of MSME.

During the lockdown, Sehgal incorporated major changes in the MSME policy, which managed to draw in several industries.

Sehgal earlier told ThePrint said that since the nationwide lockdown was imposed in March, 3.70 lakh new entrepreneurs had applied to start their own industry under the MSME sector. So far, they have received bank loans amounting to more than Rs 13,000 crore with the help of the government.

This, he said, will provide employment opportunities to millions of people in UP.

The retired IAS officer quoted above said that the change in guard at the Information department is significant given that there is less than 1.5 years to go till the next assembly election, a time that will be significant in ensuring the Adityanath government’s image is well maintained.

Also read: Hathras, Balrampur are preventable. This is what we found in our study of UP and Bihar teens 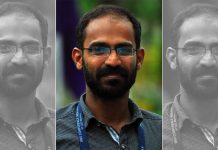 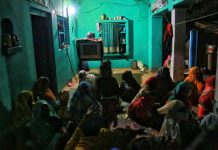