New Delhi: The Tokyo Olympics may just have knocked cricket off the pedestal, with a high percentage of Indian families saying they would support their children should they choose to pursue other sports as careers.

According to a survey whose findings were published Tuesday, 71 per cent of Indian families say they will support any of their children or grandchildren if they choose to pursue a career in a sport other than cricket.

Community platform LocalCircles which conducted the pan-India survey, said its aim had been to track the impact of the success of Olympic athletes such as weightlifter Mirabai Chanu, javelin thrower and gold medallist Neeraj Chopra, and that of the men’s hockey team, on families across the country.

“Historically, most middle-class parents have been reluctant to support their children to take up sports outside cricket as a career with the belief that they do not provide regular earnings and financial stability in the long term. However, Tokyo Olympics seems to have instilled new and fresh energy into the prospects of non-cricket sports in India,” LocalCircles in its press release said.

Two of the most salient findings of the survey were on viewing figures during the Tokyo Olympics and the significant shift in attitudes of Indian families towards sports other than cricket.

While conducting the survey, respondents were asked whether they or anyone else in their family “watched or closely tracked” events involving Indian players in the Tokyo Olympics. While 51 per cent said yes, 47 per cent said no and 2 per cent did not express an opinion, LocalCircles said.

According to the survey, 51% of the families surveyed had at least one member following the event.

“This seems to be a significant increase in comparison to 2016 where a similar LocalCircles survey had indicated that less than 20% of Indians were tracking India’s performance in Olympics,” the press statement revealed.

The second finding was about investing in a non-cricket sport as career. “If a child/grandchild was very interested in a sport outside of cricket, would you want them to take that up as a career?”

While 71 per cent of Indian parents answered in the affirmative, 19 per cent said no and 10 per cent did not express an opinion, LocalCircles said.

The community platform said it used responses from 18,000 participants belonging to 309 districts across the country. 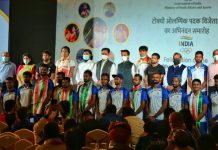 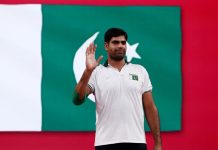 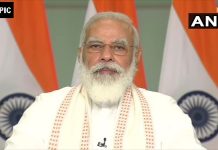