Chandigarh: Even after five rounds of talks between the agitating farmers and the Modi government, no solution to the continuing siege of Delhi seems to have emerged. What is making it particularly difficult for the government to deal with the farmer leaders is their determination, refusal to compromise coupled with some novel features in their conduct and leadership.

The farmers are prepared to stay put at Delhi’s borders for several months. Travelling in tractor trolleys that double up as night shelters is not a new concept in Punjab.

During the annual three-day Shaheedi Jor Mela held in the last week of December at Fatehgarh Sahib, visited by lakhs, these specially-modified trolleys are a common sight.

Villagers from across Punjab arrive ahead of the mela in such trolleys carrying ration, utensils, cooking fuel, wood, gas cylinders and even bikes (to do the local running around) to organise langars for the visitors. They park the trolleys on roadsides and make it their home for over a week.

The inside of a trolley is divided using wooden planks into an upper area used to store belongings and the lower sitting and sleeping area is cushioned. Since the mela takes place during extreme winter, these trolleys are completely sealed with plastic sheets.

“It is no wonder that the farmers simply went to Delhi and started cooking their food and living out of these trolleys as if this is something which they have done all their lives. But it’s not as easy as it looks,” said Gurdarshan Singh, a farmer from Chunni Kalan.

While the trolleys are lined up for several kilometres on the road leading to the Singhu border, the epicentre of the protest is the spot where a makeshift stage has been built. It has a loudspeaker system that addresses the farmers all day long.

All important announcements about the outcome of meetings with the government and future course of action are made. Apart from farmer leaders, activists, singers, actors and sportspersons have spoken on the stage in the past few days. To keep the focus on the agitation, the unions deputed 30 volunteers to keep a strict control on who gets onto the stage to speak.

“No politician is allowed to speak. And no Khalistan ideologue will speak from the stage. Anyone who jeopardises or has the potential to sidetrack the movement is not welcome,” said Gurmeet Singh, vice-president, BKU (Dakaunda).

At least 400 volunteers have also been put in place to guard the periphery of the protest site to spot suspicious persons and trouble-makers.

Also read: How protesting farmers have kept politicians out of their agitation for over 2 months

Although the farmer bodies in Punjab are highly factionalised they have shown remarkable unity for this protest. The agitation began with 10 farmer unions in June but by September, 31 organisations had joined. Ever since, this conglomerate has followed a democratic way of conducting meetings and taking decisions. Every meeting is presided over by the head of one of these 31 unions in rotation.

“The pradhan of the day chairs the meeting and later addresses the press about the decisions. No union leader should feel that because he is heading a smaller union he does not have the same say as the head of a larger union,” said Gurmeet Singh.

This also ensures that no one leader is imbued with the power to take a decision for the rest of the unions. “Which also makes it difficult for anyone to break the unity because in this kind of leadership everybody matters,” Gurmeet Singh added.

Terming it as a “satyagraha”, farmer leaders have refused to accept any hospitality from the government during the meetings with the ministers. They have, instead, called for their own food cooked as part of the langar from the protest spot and eaten it sitting on the floor of Vigyan Bhawan.

“This shows to both the government and the thousands of supporters who have followed us here that our resolve is unwavering. The first day when we accepted the hospitality, the ministers went to town saying that we had tea and the talks were cordial,” Gurmeet Singh said.

“That is when we decided that we will not allow the government to send out a message that we are non-serious or are here to have their tea and coffee. This is a matter of our livelihood, our survival and our conduct should reflect that.”

Yes or No — Building decisive pressure

The farmer leaders virtually brought the talks to a halt during the fifth round of meeting Saturday after they all decided to go quiet, undertake a maun vrat and put up placards before the ministers, demanding a yes or a no to repealing the three farm Acts.

“This demand is completely non-negotiable. The government is ready to amend them but that is not acceptable to us,” farmer leader Joginder Singh Ugrahan who heads the BKU (Ugrahan) told the media outside the Vigyan Bhawan Saturday.

“And since the conversation was getting repetitive and nothing new seemed to be coming out of it, we decided to ask them for a one word answer — yes or no?” he added. 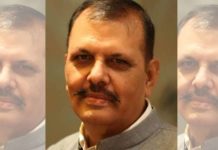 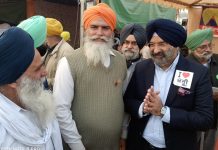