The Covid-19 lockdown adversely impacted businesses and made servicing of debt difficult. As this was an outcome of government policy, some kind of support from the government was expected.

The government has issued guidelines to banks for implementing a waiver of interest-on-interest accrued on outstanding loans during the six-month moratorium period. The interest-on-interest waiver will be applicable for loans up to Rs 2 crore, and will benefit all borrowers, regardless of whether they availed the moratorium or not.

Under the scheme, the lender has to credit the difference between compound and simple interest to borrowers of specified loan accounts on or before 5 November.

The question that arises is that should such support be extended to only those borrowers who do not have the ability to pay? Given the scarce fiscal resources of the government, one might have thought so. But such a move imposes a penalty on those who made timely payments and encourages moral hazard. If it is known that the government will step in to waive off loans or interest payments, borrowers would stop making payments. This will adversely impact the credit culture.

Having a universal character to such a scheme seems to be a better strategy when it is hard to identify, within a stipulated deadline, borrowers who do not have the ability to pay.

Also read: Banks need relief too, helping only borrowers will hamper next round of credit growth

Not the same as farm loan waivers

On 29 February 2008, then finance minister P. Chidambaram announced an unprecedented debt waiver scheme for small and marginal farmers (farmers holding up to one to two hectares of land). All formal agricultural credit disbursed by commercial and co-operative banks between 1997 and 2007 came under the purview of this scheme, which cost the exchequer almost Rs 72,000 crore. All agricultural loans that were either overdue or were restructured as on 31 December 2007, and continued to be overdue till 28 February 2008, qualified for the debt waiver. Expectation of similar debt relief in future generates moral hazard and strategic debt default. On the lending side, banks slowed lending in districts where the exposure to waivers was high.

An internal Working Group Report by RBI on agricultural credit observed that farm loan waivers by states have seen an unprecedented increase since 2014-15. While the rationale of the debt waiver scheme is to alleviate debt-related distress, it often undermines credit culture.

Some argue that while the grave implications of farm loan waivers on states’ budgets and on credit culture are widely discussed and debated, the same should also be true for corporate debt default. It is true that both represent a moral hazard, but the remedial measures for farm loans are different from corporate debt.

While in case of corporate debt, banks have some remedial measures such as the Insolvency and Bankruptcy Code (IBC) and corporate debt restructuring, farm loan waiver entails a direct fiscal cost to the government. Under the IBC, when a company defaults on its debt, control shifts from the shareholders/promoters to a committee of creditors who decide on the strategy to recover debt. The defaulting entity might end up losing the company if they don’t pay on time.

As part of measures announced to help businesses, the government decided to suspend several provisions of the IBC to help firms that may be staring at a default due to the disruption in economic activity due to the Covid-19 pandemic. This was a pragmatic measure because due to the Covid-19 pandemic, lenders may not find enough buyers or investors unless the valuation is scaled down substantially. In that case, lenders would have to take a deeper haircut.

The one-time restructuring scheme announced by the RBI would help companies tide over the crisis. The scheme gives flexibility to lenders to frame resolution plans for personal loans, which could include rescheduling of payments, conversion of interest into another credit facility, granting of moratorium etc. Eligibility criteria and timelines have been laid down for invocation of the resolution process. Since under the restructuring process, borrowers’ accounts would not be downgraded to sub-standard or non-performing, it would alleviate stress on banks’ balance-sheets, even though they have to set aside higher capital for the restructured accounts.

In a previous column, we have talked about the difficulties related to public sector banks which may be reluctant to do so. Concerns of bank officials need to be addressed if these schemes are to succeed in getting the economy back on track.

A number of steps have been taken to help borrowers during these unprecedented times. The design and implementation of these measures should ensure that the possibility of moral hazard is minimised. In the absence of this, banks would be reluctant to lend and subsequent rounds of credit growth will take a hit. Ideally, most loans would have to be renegotiated.

Also read: Your credit score won’t be impacted if you opt for loan restructuring. Here is why 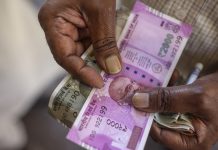 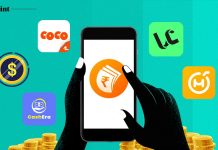 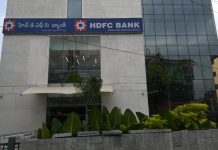