Home Ilanomics Inflation will moderate — 5 reasons why you should not worry too...
Facebook
Twitter
Linkedin
Email
WhatsApp

The consumer price index (CPI) inflation rose to 6.3 per cent in May. It was 4.2 per cent in April. This has caused concern that the Reserve Bank of India (RBI) will respond by tightening monetary policy.

Considering that the May inflation figure may be somewhat inaccurate, with the rise appearing to be mainly due to higher global crude oil prices, commodity prices, and supply-side disruptions because of local lockdowns, it would not be appropriate for monetary policy to respond by raising rates.

Why rates should not be touched

First, we need to note that the May reading of the CPI inflation may not give a correct picture. The May inflation number is computed on the base of May 2020, the inflation numbers for which have been “imputed”.

Last year, due to a nationwide lockdown, the Central Statistics Office could not collect price quotations to compute inflation numbers of sub-components. The RBI’s monetary policy committee had also regarded the imputed prints for April and May 2020 as a break in the CPI series for the purpose of monetary policy formulation. It would be useful to look at the inflation numbers for the subsequent months for a correct assessment.

Second, one of the factors leading to higher inflation is rising food prices. Protein items and vegetables have seen an increase in prices. Localised lockdowns have resulted in supply chain disruptions. This is visible in the difference in the month on month growth (seasonally adjusted) in the wholesale price index (WPI) and CPI food prices.

While the WPI for food contracted by 0.86 per cent from April to May, the CPI for food increased by 1.1 per cent. The wedge between the month-on-month growth between WPI and CPI is primarily on account of supply disruptions. As Covid-19 cases decline and state level restrictions are scaled back, supply side disruptions are likely to ease. This would cause some moderation in inflation. The timely onset of the south-west monsoon is also likely to keep food prices in check.

Third, monetary policy often has a time horizon of one to two years. Since we expect the current inflation to be transitory and moderate in the next quarter or so, monetary policy is unlikely to respond to the present higher inflation. Indeed, as long as economic growth does not pick up, the RBI is unlikely to start raising rates. The central bank typically responds to demand pull inflation by raising interest rates, and not to supply side inflation, as at present.

Fourth, for those concerned that it is not just the CPI that has risen, but also the WPI that will feed into higher consumer prices, we need to remember the low base effect. Though WPI based inflation surged to 12.94 per cent in May, it was mainly due to a steep rise in oil and commodity prices and a low base effect. In May 2020, WPI inflation was 3.37 per cent.

Fifth, global factors and lockdown related factors seem to dominate the rise in CPI. Among the components that pushed retail inflation were ‘fuel and light’, which recorded an inflation of 11.6 per cent and ‘miscellaneous’ components, which registered a 7.5 per cent inflation.

Within the miscellaneous group, the key contributor was the category of ‘transport and communications’, which recorded a double-digit inflation at 12.38 per cent. The surge in this category was on account of petrol and diesel inflation that showed a steep rise of above 60 per cent. Inflation in health expenditure, and ‘personal care and effects’ also contributed towards an increase in ‘miscellaneous’ inflation.

Going forward, we expect inflation to moderate. Due to localised lockdowns, arrivals of key vegetables in mandis had seen a sharp fall.

With the second Covid wave receding, most states have announced a gradual easing of restrictions. If the situation continues to improve, supply side restrictions will ease further and will lead to a reduction in prices.

The timely onset of the south-west monsoon coupled with the abatement of Covid infections is likely to give a boost to Kharif sowing. This is expected to contribute towards moderating the inflation outlook in the coming months.

To bring down edible oil prices, the government is considering reducing taxes on imports of vegetable oil. India is the top importer of edible oils.

Domestic oilseed production has failed to keep pace with the increase in domestic demand as farmers prefer to grow cereals and grains. The international prices of vegetable oil have been surging and have caused a rise in domestic prices. The prices of pulses can also be moderated through offloading some part of the government’s pulses stock in the open market.

Imported inflation could, however, remain high, and will need to be countered with policy measures.

In advanced economies, demand is on a sharp upswing with significantly higher pick-up in both consumption and investment demand. This has caused an increase in prices of commodities such as iron ore, copper and steel.

As economic activity normalises further, cost-push pressures emanating from these commodities are likely to firm up further. Crude oil prices are also likely to remain volatile on the back of a sustained demand recovery. Domestically, prices of diesel and petrol can be reduced by reducing taxes on fuel. 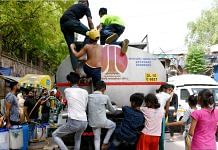 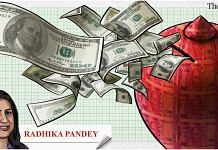 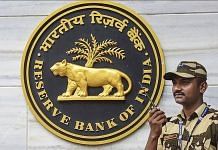