Data released earlier this week shows a contraction in Goods and Services Tax collections in August. The decline in tax revenue was to be expected. Since Covid-19 hit India, economic activity has been lower due to the lockdown. Lower economic activity means lower production, and thus, lower taxes. Based on expectations of lower activity, we expect tax revenues to decline by about 12.5 per cent for the year as a whole.

The data showed that the gross GST revenue collected in the month of August was Rs 86,449 crore, 12 per cent lower than the collection for August 2019.

Budget estimates of tax revenue for 2020-21 — Rs 16.3 lakh crore — were already an ambitious target over the previous year’s revised estimates of Rs 15 lakh crore. The estimates were based on a nominal GDP growth projection of 10 per cent made before Covid-19 hit India.

With the outbreak of the pandemic and the subsequent nationwide lockdown, nominal GDP growth and tax collections are expected to be lower. In a recent paper, we estimate the tax revenue for 2020-21 based on the lower expected growth.

Due to the pandemic, the economy is facing the twin shocks of widespread supply-side disruptions and large-scale reductions in aggregate demand. Although there has been a gradual relaxation in the lockdown from June 2020 onwards, the economy has been coming back to life only slowly. While rural areas opened up relatively quickly, urban India continues to see lower economic activity. Consequently, in the April-June quarter of 2020, India’s GDP contracted by 23.9 per cent.

Nominal GDP growth will be zero

We project the GTR for 2020-21 using a bottom-up approach. We start with the individual components of GTR (i.e. corporate tax, income tax, GST, customs duties, and excise duties) and calculate the long-term averages of the ratios of these components to the relevant aggregates such as nominal GDP, corporate profit, imports etc. Then, we multiply these long-term average ratios, with the projected values of the relevant aggregates for 2020-21.

Although it is difficult to come to a precise forecast of GDP due to the continuing uncertainty about the pandemic, a real GDP growth rate of -5 per cent for 2020-21 is what a number of economists and analysts expect. Consumer price index (CPI) inflation can be expected to be 5 per cent, given the recent surge in inflation. This gives us an expected nominal GDP growth rate of zero.

Applying the average income tax-to-GDP ratio of the last nine years (since 2011-12 when the new GDP data became available) to the projected nominal GDP, we get a 7 per cent decline in income tax revenue for 2020-21. Similarly we get a decline in GST of 4.1 per cent.

We expect that corporate profit will fall by 20 per cent in 2020-21 compared to last year. Profits of the NIFTY50 companies listed on the National Stock Exchange fell by 15 per cent in the January-March quarter. The situation is likely to worsen significantly in the April-June quarter owing to the lockdown. Even if sales and profits improve later in the year, overall, we expect a 15 per cent decline in corporate profits for this year. This gives us a projected decline in corporate tax by 17.6 per cent.

In March, non-oil imports fell 21 per cent and in April, by 41 per cent. Accordingly, in our baseline scenario, we expect non-oil imports, and hence Custom duties, to fall by 20 per cent for the year as a whole. Finally, the value of oil imports may be expected to fall by 30 per cent owing to the reduction in oil prices. This gives us a decline in excise tax revenue by 22.2 per cent.

Our projections for the growth rates of the various components of GTR for 2020-21 are summarised in the table below. We predict that GTR will contract by around 12.5 per cent.

Financing the budgeted expenditure of Rs 30 lakh crore estimated in the Union Budget 2020-21, as well as the Covid-19 fiscal package, was already a challenge. With the additional challenges that lower tax collections pose, this is going to be an even bigger challenge.

Rajeswari Sengupta is an Assistant Professor of Economics at the Indira Gandhi Institute of Development Research (IGIDR) in Mumbai, India.

Also read: Why India has increased economic freedoms in response to Covid, unlike Europe & US 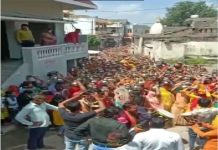 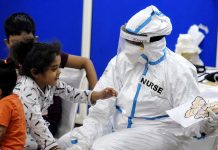 No difference in hospitalisation, ICU admission rates among kids with Covid & flu — US study