New Delhi: Neurological disorders in India, including stroke, dementia and encephalitis, have more than doubled since 1990, a new study of statewide data has found.

These include non-communicable disorders such as stroke, headaches, epilepsy, cerebral palsy, Alzheimer’s and other dementias, brain and central nervous system cancer, Parkinson’s disease, multiple sclerosis, motor neuron diseases, and other neurological disorders, according to the study report published in The Lancet Global Health.

The study, put together by the India State-Level Disease Burden Initiative, is a collaborative effort between the Indian Council of Medical Research, the Public Health Foundation of India, the Institute for Health Metrics and Evaluation, and other academic experts and institutions, under the aegis of the Union Ministry of Health and Family Welfare.

“The rise of non-communicable disease-related risk factors, as leading contributors to neurological disorders and resultant disability in India, is not a surprise. It reflects the demographic, socio-economic and nutrition transitions that have steered the shift in our epidemiological profile over the past 30 years,” K Srinath Reddy, President, Public Health Foundation of India, said.

The silver lining is “much of the burden of disease and disability is related to modifiable risk factors which can be reduced at the population level and corrected at the individual level”, Reddy said.

“This research paper provides the first consolidated estimates on the burden of most neurological disorders for every state of India from 1990 to 2019,” Balram Bhargava, Director General, ICMR, said in a statement.

The study also noted that stroke, headache disorders, and epilepsy are the leading contributors to neurological disorders burden in India. Stroke caused 699,000 deaths in India in 2019, which was 7.4% of the total deaths in the country. There were an estimated number 1·29 million incidents of strokes in India.

“While the burden of infectious neurological disorders has fallen in India, this burden is higher in less developed states. On the other hand, the burden of neurological disorders related to injury is higher in more developed states,” Lalit Dandona, director of the India State-Level Disease Burden Initiative, and senior author of this paper, said in a statement.

For the study, disease burden was estimated by calculating what is known as disability-adjusted life year (DALY) — which represents the number of years lost due to ill-health, disability or early death.

West Bengal had the DALY of stroke of 2,451 years per million people, followed by Chhattisgarh (2,371) and Tripura (2,295). Assam and Odisha are other states with high stroke burden.

Alzheimer’s and other dementias and encephalitis were the other top contributors to deaths caused by neurological disorders in India.

The burden of tetanus, a bacterial infection that is preventable by vaccines, is the highest in Uttar Pradesh. 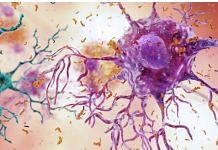 A new theory suggests Alzheimer’s is an autoimmune condition 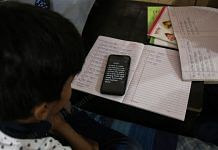 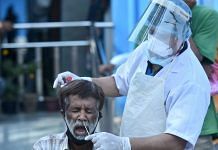 1 in 3 Covid patients who recovered have neurological, mental health disorders: Study in Lancet