New Delhi: Stark inequalities in access to healthcare exist in India across class and caste, a new Oxfam report on the country’s health system found.

Oxfam’s Inequality Report 2021: India’s Unequal Healthcare Story showed how the class and caste inequalities lead to difference in age expectancy, infant mortality and sanitation, among others.

The report, which used data from rounds 3 and 4 of the National Family Health Survey and various rounds of National Sample Survey, described the findings as an indicator of the “social gradient in health”.

According to the report, the rich outlive the poor by seven and a half years, and an upper caste woman lives 15 years more than a Dalit woman.

“Using temporal data for the period 2011-15, an analysis of Inequality in life expectancy at birth in India reveals that life expectancy based on wealth is 65.1 years for the bottom 20 percent of the households, while it is 72.7 years for the top 20 percent, with a difference of 7.6 years. The rich, on an average, live seven and a half years more than the poor,” the report said Tuesday.

It underscored how this gap was evident during the Covid-19 pandemic, when the poor couldn’t access healthcare services.

“The closure of government health facilities for non-Covid services and loss of livelihoods and incomes combined obstructed the poor from seeking medical care. This inability of the public healthcare services to accommodate the underserved population comprising the poor, marginalised and women portrays the inefficiencies of the public healthcare system in India to make healthcare accessible and affordable to all,” it said.

According to the report, India was the worst performing BRICS nation on health expenditure.

“The current expenditure on health, by the centre and the state governments combined, is only about 1.25 percent of GDP which is the lowest among the BRICS countries—Brazil (9.2%) has the highest allocation, followed by South Africa (8.2%), Russia (5.3%) and China (5%),” the report said.

Moreover, India’s health expenditure was noted to be among the worst in the world, ranked 154th globally.

The low expenditure on health in the country affects the poor disproportionately, the report said, adding that the poor have been left with two broad choices — using sub-optimal/weak public healthcare, or expensive private healthcare.

Out-of-pocket health expenditure in India is 64.2 per cent, higher than the global average of 18.2 per cent, it observed, adding that exorbitant healthcare expenditure has forced many to sell assets or incur debt.

It highlighted the government estimates that 63 million people are pushed to poverty in India every year due to healthcare costs alone. “74 per cent of hospitalization cases are financed through savings while 20 percent of the cases are financed through borrowing. In rural areas, however, the main source of healthcare financing continues to be selling of household assets and mortgaging ornaments to borrow at high interest rates, followed by income/ savings,” it said.

“The weak public healthcare system that has failed to address socioeconomic determinants of health has led to inequalities in health,” the report said.

The infant mortality rate (IMR) in the country is skewed in favour of the rich. IMR among the rich is 19.8 per cent while for poor it is 56.3 per cent even as the country’s average is 40.7 per cent.

The Oxfam report also noted improvements on some health indicators. For example, share of institutional deliveries in India increased from 38.7 per cent in 2005-06 to 78.9 per cent in 2015-16. Births under supervision mean lesser risk of maternal or neonatal deaths.

However, Covid threatens the progress of immunisation in India, and such a disruption might leave behind the largest group of unimmunised children in the world. Fresh controversy over religious conversion is diversionary. India has real challenges to attend to 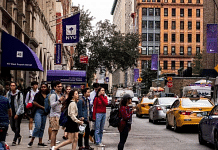 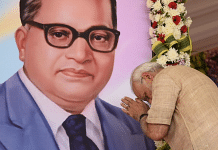