New Delhi: In October, while India was experiencing its first Covid peak, the government invited tenders for 150 pressure swing adsorption (PSA) oxygen plants — which are built into hospital premises, and thus reduce their dependence on cylinders — with a cumulative capacity of 80,500 litres per minute.

This January, the number of sanctioned facilities appeared to increase as the government said it had allocated Rs 201.58 crore for the setting up of 162 PSA plants across India. However, on 18 April, the Union Ministry of Health and Family Welfare announced that only 33 of these had been set up around the country.

A PSA oxygen plant employs a technology that absorbs nitrogen from ambient air to concentrate oxygen for supply to hospitals. They operate at near-ambient temperatures and use specific adsorbent materials (that trap a substance on their surface) like zeolites, activated carbon, molecular sieves etc to trap oxygen at high pressure.

While the oxygen produced by these plants is believed to be less pure than liquid oxygen derived from cryogenic technology, the plants could have helped ease the ongoing medical oxygen crisis that has emerged as one of the biggest challenges in India’s battle against the second Covid wave, say industry experts. The plants are also described as being more economical.

The Central Medical Services Society (CMSS), an autonomous body under the Ministry of Health and Family Welfare, is the nodal agency issuing tenders in this regard and is responsible for installation and commissioning. It invited tenders last October to set up PSA oxygen plants in government hospitals.

The orders, industry sources say, were placed in December but when vendors reached the hospitals for installation, many “faced resistance”.

“The usual response was there is no space. The real reason though was probably vested interests in continued procurement of oxygen rather than generating the entire requirement onsite,” said an industry source.

ThePrint reached CMSS Director General Suresh Puri and Nipun Vinayak, Joint Secretary in the Ministry of Health, by phone and text several times over several days, but there was no response to queries about the status of the PSA plants. An email to the health ministry also went unanswered.

In its tweets on 18 April, the health ministry said the 162 plants will help boost India’s medical oxygen capacity by 154.19 metric tonnes.

“Out of 162 PSA plants sanctioned by Govt of India, 33 have already been installed,” it added, saying another 59 will be installed by April end, and 80 by May end.

162 PSA oxygen plants have been sanctioned by Government of India for installation in public health facilities in all States.

These will augment medical oxygen capacity by 154.19 MT.

‘To be operational soon’

The criticality of oxygen in the treatment of Covid, a disease that attacks the respiratory system, is well known.

In a document issued in April 2020, the World Health Organization (WHO) said: “The ability to boost capacity to deliver oxygen therapy is the cornerstone of the overall approach to managing the Covid-19 outbreak and it has implications for the functioning of the entire system. The principles… of building surge capacity should be integrated into a health system’s readiness and response capacities for all functions — either centrally, or at facility level.”

The issue of adequate availability of oxygen in India is being looked after by an empowered group of secretaries headed by Guruprasad Mohapatra, Secretary, Department for Promotion of Industry and Internal Trade.

The CMSS, government sources said, has assured this group that all the 162 PSA plants will be operational soon.

Hospital owners who have installed PSA plants on their premises say they are more economical than cylinders. A plant that can supply 24 cylinders worth of gas per day costs about Rs 33 lakh to set up and can be completed in a couple of weeks.

A 240-bed hospital with 40 ICU beds uses oxygen worth about Rs 5 lakh per month during normal times. Such a hospital, industry sources say, would need to spend approx. Rs 50 lakh to set up a PSA with the requisite oxygen capacity, and break even — recover cost of setting up the plant from the revenues generated — within 18 months.

Industry experts, however, said liquid oxygen produced using cryogenic technology has more purity compared to oxygen generated through the PSA process. The purity of the former is 99 per cent, compared to only around 93 per cent for the latter, they added.

They noted that PSA plants can be installed in around one month if equipment is readily available.

Speaking on condition of anonymity, a hospital owner who is getting a PSA plant installed said: “If I do not have oxygen for 20 minutes, patients die. This is why a captive plant is crucial. We are already in such a bad state now. We need to be prepared for the third wave.”

Also Read: What is medical oxygen Covid patients need — how much India has & why there’s a shortage 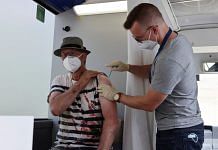 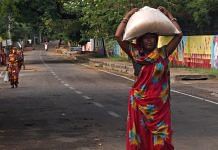