Home Health Is infertility rising in India? Probably, but doctors can’t be sure due...
Facebook
Twitter
Linkedin
Email
WhatsApp

New Delhi: Doctors say fertility issues such as polycystic ovary syndrome and decline in seminal quality could be on the rise in India, like in Western countries, but there is no “good quality” data here to say anything conclusively on this.

According to researchers and doctors, good quality data is defined as findings from multi-centre studies with large sample sizes.

Count Down, a book published Tuesday by reproductive health scholar Shanna H. Swan, argues how certain endocrine-disrupting chemicals (EDCs) found in products like plastics, shampoos and pesticides are altering male and female reproductive development, which could “imperil the human race”. Four years ago, Swan and other researchers had concluded that the sperm count of an average man in Western countries had fallen by 59 per cent from 1973 to 2011.

ThePrint spoke to endocrinologists and fertility specialists to understand whether India is witnessing similar trends, and what threat EDCs pose.

Dr Nikhil Tandon, a Padma Shri recipient and head of endocrinology at AIIMS New Delhi, said: “I’m not sure if there is good quality population-based epidemiological data, which can clearly demonstrate an increase in prevalence of infertility over time… Secondly, (you have to understand) what are the contributing factors and how those factors are measured.”

He added: “There is animal data that shows persistent organic pollutants can affect both spermatogenesis, ovulation and changes in levels of reproductive hormones. How easily these can be extrapolated to human physiology in general, and the likely quantum of contribution of such factors in the Indian context, remains to be established.”

Infertility is clinically defined as a condition in which men and women cannot achieve pregnancy after a year of having intercourse without birth control. From disrupted functioning of the ovaries or testes to hormonal disorders, infertility can be caused by several factors, and both men and women can contribute to it.

According to AIIMS, about 10-15 per cent of couples in India are said to have fertility issues.

Kaberi Banerjee, medical director of the Delhi-based Advance Fertility and Gynaecology Centre, said infertility has been at around the 10 per cent mark for a long time. “But in our practice, we are seeing that perhaps it is increasing to 20 per cent of couples in the reproductive age group,” she said.

While there are many factors leading to infertility, it usually manifests in lower sperm count among men and a decrease in egg reserve among women. “It has been shown that men who are doing long standing or sitting jobs, who are obese, who have alcohol and smoking habits have lower sperm count and fertility issues,” Banerjee explained, adding that tuberculosis infections, which are common in south and south-east Asia, also affect sperm counts.

She added: “We are also seeing women in their 30s who have egg reserves close to those in their 40s… not all, but many. We are trying to figure out what is happening.”

Dr Mohammed Ashraf Ganie, head of the endocrinology department at the Sher-i-Kashmir Institute of Medical Sciences (SKIMS), said there is definitely an increase in the incidence of polycystic ovary syndrome (PCOS), which is said to be the number one cause of infertility in women. PCOS is a hormonal disorder that leads to infrequent or prolonged menstrual periods.

According to Ganie, who heads the Indian Council of Medical Research’s task force on PCOS, the disorder is also prevalent in men and manifests as symptoms like baldness (alopecia), low sperm count and gynaecomastia or swollen male breast tissue. “PCOS is rising parallel to the rise in diabetes cases, and they’re both interlinked,” he said.

A 2018 study based on data from 6,466 fertile men and 7,020 infertile men by researchers of the Central Drug Institute of India and the Banaras Hindu University also concluded that seminal quality had declined between 1979 and 2016.

“In a pooled analysis for all individuals, significant declines in sperm concentration and normal morphology were observed; however, isolated analysis for each group showed decline without statistical significance,” the study stated.

However, Rajesh Khadgawat, professor of endocrinology at AIIMS, said: “In the normal population, whosoever is coming to us (hospitals) is already diseased… We need to go to the general population and do that investigation and draw comparisons to previous studies. That type of data is not available.”

While infertility can be caused by genetic predispositions, research has shown that environmental causes like stress levels and dietary habits could be accentuating the problems. Moreover, there is a growing emphasis on the role of EDCs.

According to a 2005 paper published in the Human Reproduction Update journal, “In addition to potential reproductive hazards of exposure to environmental contaminants, there is also evidence for adverse reproductive effects of the physical and psychosocial environments.”

But on this issue, the lack of data is a problem the world over, Khadgawat said.

“There is a hypothetical role of EDCs, but there is no conclusive data yet available, not even in the US. These are chemicals that interfere with chemical secretions and cause several abnormalities. EDCs are various; there are three or four groups like the Bisphenol group, Phthalate groups or DDT groups, and these come in various cosmetics, plastics and fertilisers,” he said.

Ganie, however, pointed out that the US Environmental Protection Agency, the Endocrine Society of the US and the European Medicines Agency have been putting together research on the role of EDCs.

“Unfortunately, in India, there are only a few spot studies… Actually, I put a multi-centre proposal for 20 centres a few years back to the Department of Biotechnology (under the Ministry of Science and Technology); we wanted to study diabetes and PCOS and the impact of these EDCs,” Ganie said. But he claimed the department sent back the proposal.

AIIMS’ Tandon added: “There are several factors associated with infertility. While organic pollutants are part of this list, the extent of their contribution will need more delineation.” 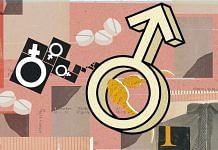 Men are ready to use male contraception methods but govts, pharma sector are big barriers 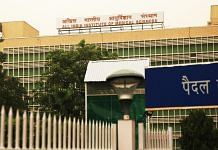 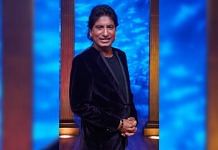