New Delhi: While states across the country struggled to contain the second wave of the Covid-19 pandemic in May, 59 per cent of Tamil Nadu’s residents and 54 per cent residents from Andhra Pradesh believe their state governments effectively handled the aggressive wave, a new survey reveals.

Published Tuesday, the survey by LocalCircles, a community social media platform, asked citizens residing in 17 of the country’s biggest states about their government’s response to the second wave of the pandemic.

Uttar Pradesh and Maharashtra secured the third and fourth position, with 51 per cent and 47 per cent of respondents from these two states noting that the state governments effectively handled the virus.

In Gujarat, the percentage was 46 per cent while 43 per cent residents in both Uttarakhand and Odisha viewed their government’s efforts against Covid positively.

Meanwhile, only 39 per cent of the 1,684 respondents from Kerala, which has been lauded for its Covid-19 efforts across the country, viewed the state government’s handling of the second wave as effective. Of these, 22 per cent said the pandemic handling was “very effective”, 17 per cent said it was “effective” while 33 per cent termed it as “somewhat effective”.

According to the survey, West Bengal occupied the bottom of the 17-state list with only 17 per cent of its residents believing that the government effectively handled the second wave. The state had witnessed massive political rallies that were severely criticised from all quarters during the peak of the second wave.

Bihar and Delhi also occupied the lower echelon of the list since only 20 per cent respondents from both regions viewed their government’s efforts during the recent wave as effective.

Furthermore, 28 per cent people living in Punjab and Madhya Pradesh lauded their governments’ efforts as effective, followed by 25 per cent residents from Karnataka and 23 per cent from Telangana.

The survey received a total of 38,991 responses from 383 districts in total. Of these, 67 per cent respondents were men while the rest were women. 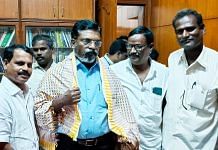 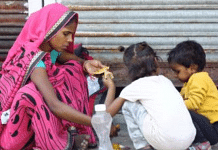 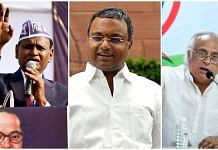