New Delhi: A new study released by the Indian Council of Medical Research (ICMR) Sunday has found that a mixed vaccine schedule is not only safe, but can provide better immunogenicity to those receiving a dose each of both vaccines.

The study is in pre-print stage, which means it is yet to be certified by peer review.

Immunogenicity measures the body’s ability to mount an immune response to the vaccines.

The study observed eighteen cases where recipients were administered a first dose of Covishield, and “inadvertently” received Covaxin as the second dose. Of the 18 people, 11 were men, and the group had an average age of 62. The researchers did not, however, study any case where the recipient first received Covaxin and then Covishield.

“The findings suggest that immunisation with a combination of an adenovirus vector platform-based vaccine (Covishield) followed by an inactivated whole virus vaccine (Covaxin) was not only safe, but also elicited better immunogenicity,” stated the study.

While researches admitted that the sample size was very small, the study added that “these findings have an important implication for the Covid-19 vaccination program wherein heterologous immunisation will pave the way for induction of improved and better protection against the variant strains of SARS-CoV-2.”

“In our study, no major systemic AEFIs (adverse effects following immunisation) were reported and reactogenicity profile of the participants of heterologous group was comparable to homologous CS (Covishiled) and CV (Covaxin) groups,” explained the study.

The immune responses of each vaccinated group was measured through a variety of tests. According to the results, the geometric titres of IgG antibodies (Covid antibodies that remain in the blood after infection is cured) was highest in the mixed group compared to the groups that received only Covaxin or Covishield.

“These findings reveal a significantly higher IgG antibody response of participants of the heterologous group as compared to either CS (Covishield) or CV (Covaxin) group,” the researchers wrote.

Similarly, the group that received both vaccines produced a more robust immune response when tested against the B1 (original strain circulating in India), Alpha, Beta, and Delta variants of the virus. The immunological response was measure using the plaque reduction neutralisation (PRNT50 assay) test.

Also read: WHO is right, we need Covid vaccines for all first, not booster shots for the rich

Implications of the study

Researchers admit the sample size of the study is very small – of the 20 people identified with having first taken Covishield and later Covaxin, only 18 agreed to participate in the study. There is also no baseline information on their immune status before the study began.

However, ICMR researchers said the findings could have “important” implications.

“Such mixed regimens will also help to overcome the challenges of shortfall of particular vaccines and remove hesitancy around vaccines in people’s mind that could have genesis in programmatic ‘errors’ especially in settings where multiple Covid-19 vaccines are being used,” said the researchers, adding, “However, to conclusively prove these findings, a multi-centre RCT (randomised control trial) needs to be carried out.”

Also read: It’s time now to think of kids first, whatever the virus has in store 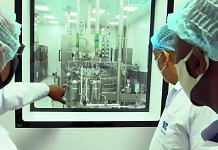 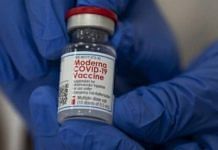 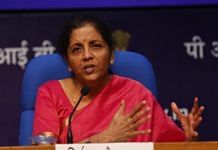 ‘In our DNA’: Finance Minister says India vaccinates 60% of the world today