New Delhi: The ‘K’ word in India-Pakistan relations is back again. This time, the hullaballoo is over the Kashmir Premier League, a Pakistan-backed cricket tournament set to begin on 6 August. And the all-powerful Board of Control for Cricket in India appears to be saying: It’s just not cricket.

Indian and Pakistani cricket fans have been split down the middle after the Board of Control for Cricket in India warned cricketers against playing in the Kashmir Premier League — a tournament founded by Pakistan earlier this year.

The debacle began when news broke of the BCCI warning players of “consequences” on the sly should they participate in the league.

“We have done this keeping national interest in mind,” a top BCCI official told The Indian Express.

Former cricketer Herschelle Gibbs put out an angry tweet saying it was “Completely unnecessary of the @BCCI to bring their political agenda with Pakistan,” calling it “ludicrous.”

Completely unnecessary of the @BCCI to bring their political agenda with Pakistan into the equation and trying to prevent me playing in the @kpl_20 . Also threatening me saying they won’t allow me entry into India for any cricket related work. Ludicrous ?

In an interview with Sportskeeda, which was later taken down, Gibbs further alleged that Jay Shah called him personally to give him the warning.

Shahid Afridi, one of the organisers of the event, added, “We will put up a wonderful show and won’t be deterred with such behaviour!!”

Really disappointing that BCCI is once again mixing cricket and politics! KPL is a league for Kashmir, Pakistan and cricket fans around the world. We will put up a wonderful show and won't be deterred with such behaviour!! https://t.co/J9XcbEeUF6

Six international players are set to participate, but the first major blow to the competition was served by former English cricketer Monty Panesar, who dropped out hours ago fearing retribution by the BCCI.

Both the BCCI and Pakistan Cricket Board have approached the International Cricket Council — the former to ask that the tournament not be recognised, and the latter to protest the BCCI’s actions.

The PCB issued a statement saying it “considers that the BCCI has brought the game into disrepute by issuing warnings to multiple ICC Members to stop their retired cricketers from featuring in the league,” and that “Such conduct from the BCCI is completely unacceptable, against the preamble of the Spirit of Cricket and sets a dangerous precedence, which can neither be tolerated nor ignored.”

The ICC, meanwhile, has washed its hands off the situation saying it has no jurisdiction over local tournaments.

Amidst the chaos, there are Indian social media users who have already started trolling and meme-making.

After seeing this #BCCI trending

It’s all about ‘peace’

Former cricketer, Shoab Akhtar, said on a TV show he would try to persuade his Indian fans not to take such a harsh stand against the KPL since he has “tons of followers in India.”

“But not at the cost of the dignity of Pakistan,” he quickly added.

Not everyone was impressed. “Moral of the story is Shoib Akhtar does not wanna lose Indian subscribers,” a viewer commented.

He has since, pledged to join the tournament as a “peace ambassador,” saying the KPL is all about “building bridges.” The hashtag #ShoaibAkhtarPeaceAmbassador has been trending on Twitter ever since.

Why such a fuss between @kpl_20 & BCCI. It’s about building bridges and promoting peace.
Really appreciate all of you for the trend #ShoaibAkhtarPeaceAmbassador
So I'll be joining as Peace Ambassador for KPL 🙂

The KPL itself hasn’t minced words, calling the BCCI’s actions an attempt to “sabotage” the tournament. They “just want to play cricket,” KPL’s president Arif Malik has said.

“We want to just play cricket, we’re not having politics on our side” says Arif Malik in response to India’s attempts to sabotage the league. pic.twitter.com/P5OkIRofUJ

However, Indian fans weren’t having any of it.

Rabble rousing Australian comedian and cricket writer Dennis Freedman agreed and chimed in about what the “best part” of the KPL could be.

BCCI has made the KPL world famous. https://t.co/yVQFXfd1AX 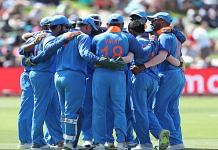 Indian T20 team to undergo major transition, Ashwin, Karthik may get eased out

Our take on Elon Musk, ISI press conference and Kejriwal’s demand for Lakshmi on notes—in 50 words