A man stands by a pond, waiting for his lover, who is late. She apologises, he pretends he is sick of waiting and is leaving. She persuades him to stay with her for a while, and they sit together under the shade of a tree and eventually, he takes a nap. Later, when she needs to go home, she attempts to stand up without waking him up, but doesn’t realise he was never entirely asleep — he was just enjoying the comfort and peace of being with her, and he doesn’t want her to go.

And all of this is said without a single word being exchanged between the two.

When the first words uttered in a movie are the lyrics to a song, you know this is a movie in which music is not meant as mere distraction or entertainment — it is the very soul of the film. And if the songs are composed by Jaidev and set to words by Sahir Ludhianvi, you have a soundtrack whose magic will last for decades to come.

Directed by Amar Jeet (although it is widely believed lead actor and producer Dev Anand’s brother Vijay was the real brains behind it), Hum Dono (1961) is exactly such a film. The unlikely story of a man joining the Army and rapidly becoming a Captain and then being promoted to Major, along the way meeting his lookalike senior, who is later presumed dead in the war, the film then goes into melodramatic territory when the surviving man takes on the responsibility of his dead colleague’s family, who believe he is their own.

It’s a ludicrous tale, and comes packaged in high drama and loud, unreal dialogues. But somehow, it works. This is partly thanks to Dev Anand’s charisma, and his ability to convey two markedly different personalities in his first-ever double role. But it is also, in large part, due to Sahir Ludhianvi’s incredibly powerful and understated lyrics that sparkle through the film as snatches of song punctuate the proceedings.

In an interview, noted lyricist and poet Javed Akhtar said that Hum Dono‘s opening song, Abhi Na Jaao Chhodkar (different versions of which play at different points in the film), continues to inspire him. Calling it “one of the finest romantic duets ever made in Indian cinema”, he spoke of how everything came together — the composition, the vocals of Mohammed Rafi and Asha Bhosle and Sahir’s words.

“The words of the song are gentle and simple yet very effective in conveying the song’s romantic theme. The poetry is not highfalutin. It is, in fact, very transparent and conversational. Sahir had done a commendable task in managing to write a deeply romantic song by using simple and light words. I would say it’s perfect.”

In the week of Sahir Ludhianvi’s death anniversary, here is a look back at Hum Dono.

Classic lookalike tale but with a ‘Major’ twist

Set during the time of World War 2, the film tells the story of Anand (Dev Anand), a jobless and not well-off young man who wants to take his relationship with Meeta (Sadhana) forward, but faces obstacles in the form of her wealthy father, who insults Anand for not having a job, and says he would not be able to provide in his lifetime what Meeta spends on one birthday. Anand leaves angrily, and on his way home, sees a poster advertising a call to join the Indian Army.

He does, and gets posted to Burma, much to his ageing mother’s (Leela Chitnis) distress. In the meantime, Meeta comes to see Anand, but finds him gone without even a letter. She decides that she will stay with his mother, as her unofficial daughter-in-law.

Soon enough, Anand meets his senior officer, Major Manohar Lal Verma (also played by Dev Anand), who looks exactly like him, save for his hairstyle and the addition of a moustache — and a more bombastic, suave manner. The two become friends and confide in each other about their lives and fears for their loved ones in case something happens to them, about the duty of a soldier and how that squares with the basic tenets of humanity. Cue another beautifully placed gem from Jaidev and Sahir, about the vagaries of life.

Major Verma gets badly injured in the war, and tells Captain Anand that instead of wasting time and endangering his own life trying to help him, Anand should leave him for dead and save himself. Anand reluctantly does so, but can never rid himself of the guilt.

After he returns home, having been promoted to Major, Anand finds that tragedy has struck his own household, and the thought of Major Verma’s family waiting for news of him is unbearable. Anand, who had promised he would  take the responsibility of informing his wife, Ruma (Nanda), and mother (Lalita Pawar), and of treating it as his own, goes to see them, ostensibly to tell them that their beloved son and husband is presumed dead.

Except they mistake him for Major Verma himself, and are so emotionally overwhelmed by his return that he cannot bring himself to tell them the truth. Ruma is a heart patient, and the family doctor, the only one who knows what’s going, advises Anand to keep his identity to himself for some time, causing emotional distress to both Ruma and Meeta, who are dealing with what they each perceive as a lack of love.

Also read: Amar Prem tells the story of relationships that have no name but the power to break hearts

Of love, fear and insecurity

There are some lovely scenes in this part of the film, such as when Ruma asks Anand/Verma why he doesn’t come near her and treats her with platonic affection. It’s as close as one could get in a mainstream Hindi movie of the time to a woman expressing her desire for physical intimacy. On the other hand is Meeta, who cannot understand why her lover spends so little time at home and doesn’t confide in her and eventually, in anger at what she thinks is his adultery, leaves him.

Both are strong women, in different ways, and the film plays their personalities off each other beautifully, although they never formally meet.

And eventually, things come to a head when it turns out Major Verma survived, but has lost one leg and is unsure of how Ruma will feel about him now.

Of course, the situation is ridiculous, but underneath the loud emotion is a sensitivity that shifts the film from maudlin territory to a thoughtful meditation on life, love, insecurities about one’s physical appearance and abilities and the impact of war. And how, ultimately, the business of life must go on. 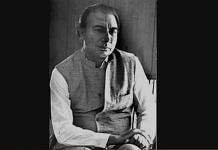 Sahir Ludhianvi was the only lyricist who fought for Bollywood poets 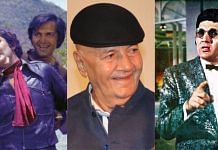 ‘My name is Prem, Prem Chopra’—India’s favourite villain is more than a Bollywood bad boy