New Delhi: Jaspal Inder Singh Kalra or Jiggs Kalra, without whom the food landscape of India would have been very different and dry, passed away Tuesday morning. He was 72.

Dubbed the ‘tastemaker of the country,’ Kalra was a columnist, chef extraordinaire, restauranteur and consultant who put India on the global cuisine map.

Traditionally, one of the lasting criticisms of the Indian food scene was that it had stagnated and that there was not enough experimentation or innovation. It was this that Kalra sought to change.

His legacy will now be carried forward by son Zorawar Kalra and daughter-in-law Dildeep Kalra — masters in their own right.

Kalra started out as a journalist, working in The Times of India and The Illustrated Weekly, but food was always in his DNA. He began writing a food column in the 1970s — a time when no one else was doing it. Readers loved it.

Kalra has written 11 books, of which Prashad: Cooking with Indian Masters, published in 1986, is considered the magnum opus of writing on Indian food.

From the columns and books came television opportunities. And long before the Sanjeev Kapoor phenomenon, Kalra, with academic Pushpesh Pant, had created India’s first television show on food: Daawat, which first aired in 1990.

Telecast at prime time on DD National, Sunday afternoon, the show was watched by vegetarians and non-vegetarians alike. Everything was covered — from the basics to the luxurious, from samosa to Shahjehani Qorma. It was the genesis of several food-related TV shows — after its tremendous success, everyone wanted a piece of the pie.

On an interesting note, state-run DD did not want the show to come across as elitist and Kalra would often receive ‘flak’ for including expensive ingredients such as saffron and almonds.

His turn to restaurants was a happy accident. The Maharana of Mewar asked him to manage the Shiv Niwas Palace in Udaipur and Kalra found himself running the restaurant in the early 1990s.

Kalra became the face of Indian food abroad. He was the first Asian to make it to the International Food and Beverage Gourmet Hall of Fame. He became the ambassador of Basmati rice. And he was also part of several state contingents abroad — even cooking for late prime minister Atal Bihari Vajpayee on his official foreign trips.

Kalra has whipped up delicacies for everyone, from former Pakistan President Pervez Musharraf to Princess Diana and former US President Bill Clinton.

PepsiCo came to him when they were launching Lay’s chips in India to develop flavour, as did several masala companies.

Kalra was also a consultant for many restaurants and hotels across India. And most of them — such as Dumphukt and Bukhara — went on to prove that Kalra did indeed have the gastronomical Midas touch.

“I can’t think of even one other thing that I could have done, if not this,” Kalra was once quoted saying. “This is what I was made for and it was the Lord’s will; I’m only executing it.”

The food industry in India has grown leaps and bounds, spread its delicacies across the globe. It would not wrong to say that Jiggs Kalra has been its secret ingredient.

Also read: Indian restaurants in London have found something new in the flavours of northeast 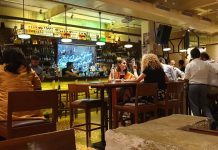 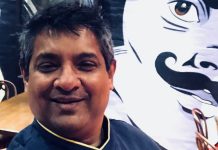 Chef Floyd Cardoz, man behind ‘Tabla’ and ‘The Bombay Canteen’, dies of Covid-19 in New York 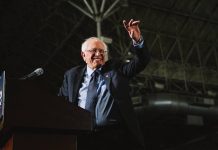