There are some actors who, no matter how vast, varied and rich their filmscape, are synonymous with one role. It could be because that one role was a big hit or one of the actor’s most mainstream or most famous performance, or it could be that it showed them in a way that was unique, both for them and for that kind of role.

In the case of Utpal Dutt, it is probably a combination of all of these factors and then some. The role in question, of course, is Bhavani Shankar in Hrishikesh Mukherjee’s 1979 smash hit, Gol Maal.

A towering force in modern Indian theatre, Utpal Dutt was known for his Marxist plays, in the capacity of director, playwright and actor. His booming voice and impeccable diction made him an integral part of more than 100 movies across Bengali and Hindi, including classics such as Mrinal Sen’s Bhuvan Shome and Satyajit Ray’s Agantuk.

Yet most Indian audiences will know him as the odd, gruff, yet loving Bhavani Shankar of Gol Maal. To pick this movie to celebrate him in the week of his death anniversary (19 August) is perhaps clichéd, but then again, clichés exist for a reason

All about the moustache

The film stars Amol Palekar, aka everyone’s favourite everyman, as Ram Prasad Dashrath Prasad Sharma, a young accountant who needs a job. His uncle instructs him to send an application to his old friend Bhavani Shankar, the owner of Urmila Traders — but with some caveats. Bhavani Shankar, he says, is extremely traditional and particular about certain things. He only respects men who have a moustache and he thinks young people should have no interest in anything other than their work — no sports, no movies, no music, dance or theatre. He appreciates young people who dress in Indian attire. And he hates candidates who come to him through ‘sifarish’ or personal recommendation.

Keeping all of this in mind, Ram Prasad prepares for his interview by hiding his keen interest in cricket, hockey and football and snagging a spare kurta from the costume department on the movie set of his actor friend Deven (played by the real Deven Verma). The moustache, thankfully, he already has.

The interview scene is hilarious, because while all the other candidates do their best to appear modern in their shirt and trousers, play up their extracurricular interests to show how well-rounded they are and name-drop their connection to the boss, Ram Prasad, with his inside info, plays his part perfectly and bags not only the job, but soon enough, a pay hike as well.

The trouble starts when his friend gets tickets to a much-anticipated hockey match and Ram Prasad plays hooky from work to go for it. He uses the pretext that his mother (long dead) is unwell. But Bhavani Shankar, while disapproving of sporting interest in young people, is quite keen on hockey himself and shows up at the match, where he spots Ram Prasad.

The next day, when he starts to yell at Ram Prasad, the young man remembers his friend Deven’s latest role as a twin, and pretends that the person at the match was his good-for-nothing twin, Lakshman Prasad. Lakshman, he informs his boss, is the opposite of Ram (at least the Ram he pretends to be in office), in that he spends all his time and energies on movies, music and sports.

What follows is a crazy romp that takes the classic trope of twins and turns it on its head. While most twin-themed movies in Hindi cinema (think Seeta Aur Geeta, Chaalbaaz, Angoor, Ram Aur Shyam, for example) have two people, usually separated at birth, here, Amol Palekar plays the role of one person pretending to be twins.

He shaves off his moustache and gets a fake one from Deven. So when he’s Ram, he’s the aadarsh baalak — all moustache, kurta and chaste Hindi. But when he’s Lakshman, he’s cleanshaven, sports eye-popping, colourful shirts, big sunglasses and messy hair and talks with an arrogant swagger, peppered with dudebro-esque English.

Things get more and more complicated as Bhavani Shankar wants to meet Ram’s family, so he has to arrange for a fake mother (Dina Pathak). Then Bhavani wants Lakshman to come and teach his daughter Urmila (Bindiya Goswami) music, and she falls in love with him. All of this lead to hilarious chaos, not least because the fake moustache isn’t always firmly in place.

But even when it veers into slapstick, there is an element of elegance to the comedy, thanks to the writers, the director and the actors. Whether it is Bhavani’s overprotectiveness towards his daughter or him inanely chasing Ram Prasad around the house (and later in a car), there is a measure of control that ensures it is just the right amount of farcical.

Also read: Dil Tera Deewana may have starred Shammi Kapoor, but the real hero was Mahmood

By 1979, Hindi cinema had become the home of the Angry Young Man, epitomised by Amitabh Bachchan. This was someone who fought the system with his fists, who raged against the machine, so to speak. In some ways, Hrishikesh Mukherjee’s gentle family dramas and comedies were the antithesis to this genre, and Amol Palekar was the opposite of Amitabh. His characters, too, faced problems, setbacks, bad cards in life, but they fought back with their wits.

When faced with the prospect of unemployment, for example, Ram Prasad doesn’t even think about actively battling with his employer. His instinct is to use words, and that classic hangdog expression Amol Palekar has down pat, to his advantage — and it works.

But this is not to say there is no love for Amitabh, even in this movie. He has a great cameo, as do Rekha, Hema Malini, Om Prakash, Aruna Irani, Zeenat Aman and others (Keshto Mukherjee, in particular, is a hoot).

Many remember Gol Maal for its catchy songs, many others for Amol Palekar’s performance, still others for Utpal Dutt. But truly, this is a movie that gets its brilliance from the fact that everything and everyone worked together. And the movie, though very much a product of its time, doesn’t seem like it has aged one bit.

Also read: Vijeta is the war film with a difference that deserves a rewatch this Independence Day 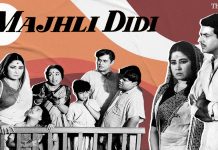 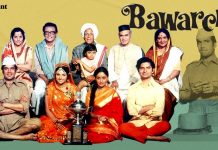 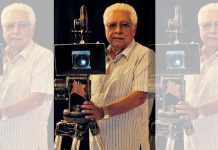 Basu Chatterjee told simple, heartfelt stories that had no heroes, only people like us