New Delhi: It has been 31 years since Sportsweek, the popular magazine started by sports journalist Khalid Ansari in 1968, shut down. For many readers, the magazine became a substitute for Sports and Pastime, a weekly magazine started by The Hindu in 1947, which ceased publication in 1968.

With its graphics and detailed covers, Sportsweek covered some of the biggest events in the sports world such as American athlete Jesse Owens autobiography detailing his life as a black man and a white man, Indian badminton champion Prakash Padukone, tennis champion Steffi Graf eyeing a Wimbledon title, the story of Chris Evert and Jimmy Conors winning the Women’s and Men’s 1974 Wimbledon titles and their romance. And, of course, the world of cricket — from Mansoor Ali Khan Pataudi and Ajit Wadekar to Vivian Richards and many more.

Before shutting shop in 1989, in an effort to keep it running, the magazine was renamed Sportsweek & Lifestyle and edited by then recently-retired Sunil Gavaskar.

Started in 1968, Sportsweek focussed on cricketing news and even sponsored man-of-the-match awards. It gained popularity in the early 1970s when it reached a circulation of 75,000 copies after the Indian cricket team, led by Ajit Wadekar, beat England in 1972.

Clayton Murzello, MiD DAY’s Group Sports Editor remembered the magazine as “lively”, “informative” and “glitzy”. However the theme of the magazine was ‘Bright, Exciting, Exclusive’.

Even before Gavaskar became editor of the Sportsweek in 1988, he used to write regularly for the magazine. Murzello had said about Gavaskar: “He  was frank and fearless, not very easy to be when one is still playing for his country. Sportsweek staffers remember the batting legend visiting the office at Tardeo to chat with the late Sharad Kotnis, who was the magazine’s long-serving Associate Editor till 1985.”

Murzello explained that Kotnis’ contribution to the magazine could not be underestimated. And that he trained some of Mumbai’s best sports journalists.

It was also Sportsweek which set the trend of star columnists with Sunil Gavaskar and then Vivian Richards in 1983.

As the editor, Gavaskar interviewed sports stars for stories. During the West Indies tour of India in 1987-88, he not only managed to interview Viv Richards, but also got him to pose as a Maharaja and boxer.

In an interview, Gavaskar asked Australian fast bowler Dennis Lillee if there were other contemporaries as committed as him (Lillee). To which Lillee replied, “I think Greg Chappell was very much (committed). Rod Marsh, Andy Roberts”. And then also added, “You were pretty committed too. I know because from the 1981 series if I got your wicket, it was the result of very, very hard work on my part.”

Also read: Cricket Samrat, the magazine that religiously spread the gospel of cricket for 42 years

‘Collapse of an institution’

Sportsweek was popular because the magazine sponsored the man-of-the-match awards and was endorsed by cricketers. Farokh Engineer used to say in a radio commercial, “I am Farokh Engineer. I read Sportsweek. Do you?”

When Sportsweek suspended publication in 1989 it was said that the shutting down of the magazine and its disappearance from newsstands was like the collapse of an institution. It was identified closely with trauma and thrills of Indian sport.

In his last editorial for the magazine, Gavaskar noted, “The major failure was the inability to attract advertising support.”

Also read: Sunil Gavaskar Presents — a ‘little masterclass’ from the 1980s that shaped a generation 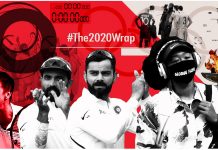 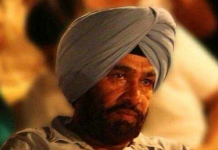 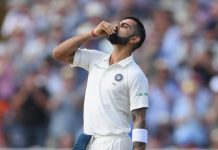